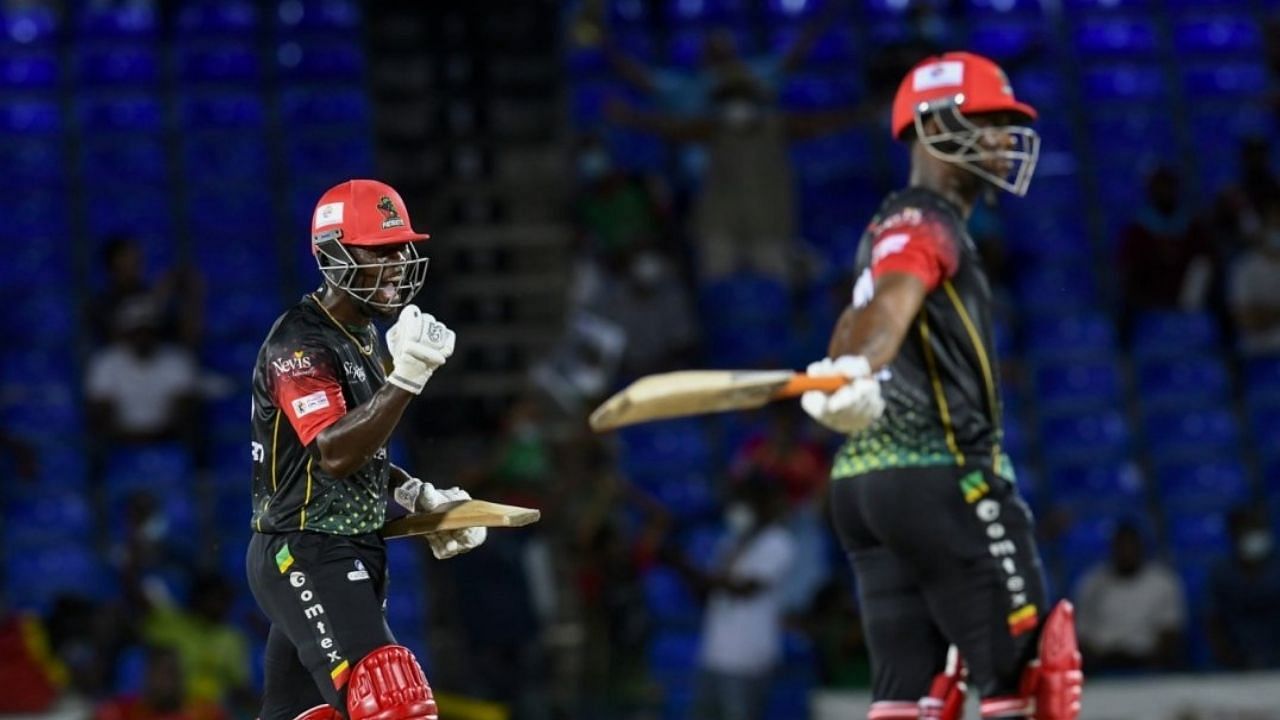 This batsman has recently been added by Rajasthan Royals in the second phase of IPL 2021. He has come in the team instead of a handsome player.

Before IPL 2021, good news has come for Rajasthan Royals. One of his batsmen has played such an innings, seeing that this team under the captaincy of Sanju Samson will get relief as well as will give hope before the second phase. The name of this batsman is Evin Lewis. Lewis has ignited such fire with his bat in the Caribbean Premier League (CPL) that the dream of winning a team’s title has been destroyed. Lewis is playing for St Kitts and Nevis Patriots in the CPL. The second semi-final of the league was in front of this team, the Guyana Amazon Warriors, captained by Nicholas Pooran. In this important match, Lewis played a half-century while chasing runs and took his team to the final.

The team of Warriors had set a target of 179 runs in front of St Kitts. St Kitts achieved this target in 17.5 overs on the basis of Louis’s innings. Lewis scored 77 runs in just 39 balls. In this, he scored runs at a strike rate of 197.43. In his innings, Lewis hit eight brilliant sixes and hit three fours. Lewis returned unbeaten. Lewis took the team to the final by hitting a four on the last ball of the 20th over. In the final, his team will face St. Lucia Kings. Lewis has recently been added by the IPL team Rajasthan Royals. He will be seen playing for the team in the UAE in the second phase of IPL 2021. Rajasthan has tied up with him only with Oshane Thomas of West Indies. Both of them have come in the team in place of Jos Buttler and Ben Stokes.

Created a ruckus with Gayle

Lewis came to open the innings with Chris Gayle in the match. Both took an aggressive stand from the beginning and laid the foundation for the team’s victory. Both added 76 runs in 7.2 overs. The team lost its first wicket as Gayle scored 42 runs in 27 balls with the help of five fours and three sixes. After this, captain Dwayne Bravo supported Lewis. Bravo, acting wisely, gave more strike to Lewis. He scored 34 runs in 31 balls. In his innings, Bravo hit a six in addition to three fours. Fabian Allen was dismissed without opening the account. Sherfane returned unbeaten with Rutherford Lewis scoring 11 runs off nine balls to give victory to the team.

Earlier, Shimron Hetmyer played a stormy innings for the Warriors and gave a strong score to his team. He scored 45 not out off 20 balls with the help of four sixes and two sixes. Apart from them, Brendon King and Chanderpaul Hemraj scored 27, 27 runs for the team. Captain Nicholas Pooran scored 26 runs in 14 balls. No batsman of the team could touch the 50 mark. John Ras Jagesar, Dominic Drakes, Naseem Shah, Fawad Alam took two wickets each for St Kitts.

Railways will issue monthly passes for passengers who go up and down in the train, so much will have to be spent