It’s the height of! Thieves stole stick and ball from statue of legendary hockey player in Pakistan 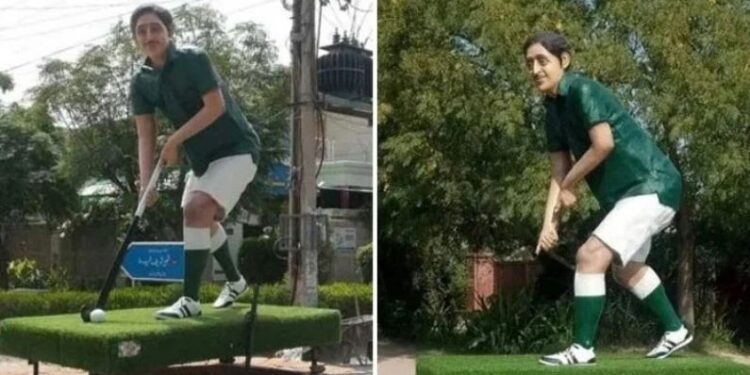 Samiullah Khan used to play in the position of left winger. His control over the ball and his ability to run away with speed made him stand out.

The statue of Samiullah Khan has been installed in Bahawalpur.

Uncle and brother have also been hockey players

Samiullah Khan used to play in the position of left winger. His control over the ball and his ability to run away with speed made him stand out. Due to these characteristics, he easily defeated the opponents and created panic by entering their camp. Samiullah had retired in 1982. Later he also became the manager of Pakistan Hockey team. His family was very much associated with hockey. His brother Kalimullah Khan has also played hockey for Pakistan. At the same time, his uncle Motiullah Khan was a member of the Pakistan team that won the gold medal in the 1960 Rome Olympics.