Do not take personal loan from the bank for these works, otherwise it will be very difficult

Ishaan himself got trapped by calling Kohli, then had to ‘sacrifice’ for the senior, Video 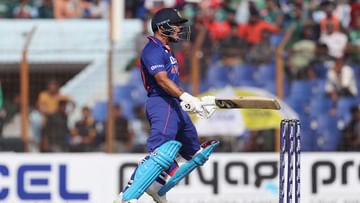 Ishaan Kishan’s plan was to take a single. He even hinted to Virat Kohli, but at the last moment he changed his plan.

Ishaan Kishan was able to score only 17 runs

Ishaan Kishan found it costly to call Virat Kohli in the third ODI against New Zealand. As soon as Kohli came, he had to leave the field hanging his face. In fact, after the 212-run partnership between Shubman Gill and Rohit Sharma in the third match, everyone’s eyes were on Kohli and Ishaan. A big partnership was expected from both, but Ishaan was run out in the 35th over. In fact, the third ball of Jacob Duffy’s over was hit by Ishaan towards cover and pointed to Kohli for a single.

Kohli immediately ran, but only then Ishaan changed his mind. Cover fielder Henry Nicholls also quickly passed the ball to the wicketkeeper. When Kohli had reached very close to the strike end, Ishaan started returning to the crease, but by then it was too late. It was impossible for Kohli to return. Kohli had reached the strike end before Ishaan.

had to leave the field disappointed

Ishaan had to sacrifice his wicket here and with this he had to return to the pavilion for 17 runs. It was clearly seen in the replays that Ishaan could have easily returned to the crease, but he allowed Kohli to reach the crease. With this, he had to leave the field disappointed.

@ishankishan51 is a good team man. Handled his run out with grace. He knew he was wrong and showed no intent to get back to the crease and run out @imVkohli
Our chances ayenge champ.

As soon as Ishaan returned to the pavilion, Kohli hit a four on the next ball and expressed his intention that he had landed with the intention of playing a big innings. However, his innings was stopped by Duffy for 36 runs on the second ball of the 37th over. He hit 3 fours and a six in his innings. Ishaan’s sacrifice is being praised a lot on social media.

Rakhi Sawant’s mother passed away at the age of 73. She was ill for a…

Do not take personal loan from the bank for these works, otherwise it will be very difficult