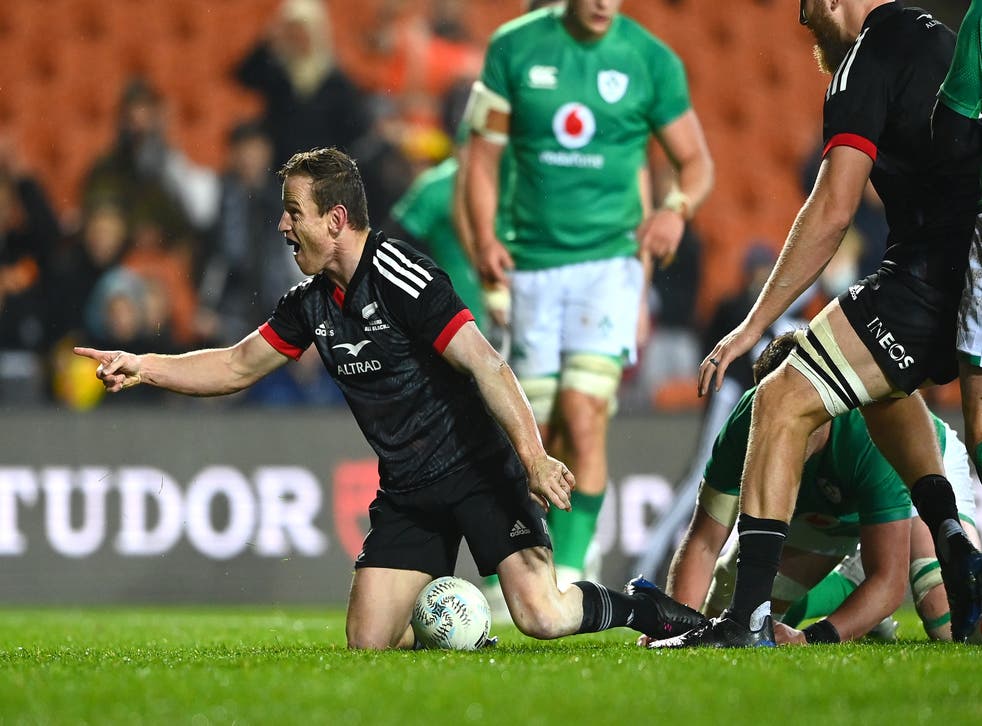 Ireland start their summer season tour of New Zealand with a recreation towards the Maori All Blacks in Hamilton on Wednesday morning.

Two of the three favourites for subsequent 12 months’s Rugby World Cup, together with hosts France, the three-match collection between Ireland and the All Blacks can be an interesting watch however earlier than the primary Test in Auckland on Saturday, the Irish have a warm-up towards the Maoris.

A proud consultant facet, who mirror the nation’s heritage and have an extended, storied rugby historical past, the hosts will present an actual problem for an experimental-looking Ireland facet – who’re captained by New Zealand-born Bundee Aki.

The Ireland XV incorporates 5 uncapped gamers and the match can be performed at FMG Stadium Waikato in Hamilton, the place Aki gained a Super Rugby title with former membership the Chiefs earlier than becoming a member of Connacht in 2014, whereas coach Andy Farrell has careworn the significance of the competition: “It’s huge. It’s everything to these players that are taking the field, it is the biggest game of their lives. I know there is a three-game series coming up but these two Maori games for us and what we’re trying to build and how we’re trying to put people under pressure and see how they come through, that is just as important.”

Follow all of the motion from Hamilton with our reside weblog beneath:

Maori All Blacks vs Ireland

Bundee Aki: “The Maori All Blacks were the way better team”

It was an emotional day for Bundee Aki. Not only captaining Ireland for the first time but in his homeland of New Zealand. Not the result he wanted, although he did score a try, but he was magnanimous in defeat.

He instructed Sky NZ: “Fair play to the Maori All Black boys – they came out firing. They were on top from the get-go and we couldn’t get our game going.

“We’ve got a lot of learnings out of this game. There were a lot of new boys, young guys and we’ll all learn from this game and try to build for the rest of the series. The Maori All Blacks were the way better team today.

Maori All Blacks captain Brad Weber was understandably proud of his team after their 32-17 triumph full of expansive, running rugby.

He instructed Sky NZ: “We were encouraged if there was space in front of us to have a crack and we were happy to have a crack from the 22 if it was on. We wanted the boys to show flair and play at a speed that we hoped Ireland couldn’t handle. It was fun to be a part of.

“We’re all Maoris, so we want to bring out that flair and the coaches encouraged that. You see the boys’ faces light up when that’s presented. We have a lot of fun here but when it’s time to work, they roll their sleeves up and get stuck in. I’m proud of them tonight.

“I can’t speak highly enough of the debutants – I’m stoked for them. We’re so happy Ireland took these two games, it’s great for Maori rugby.”

A cracking result for the Maoris and no more than they deserved after a scintillating first-half performance. Four superb tries and they played some brilliant expansive rugby.

Final minute or so and Maoris run the phases. They’re looking for more points rather than just kicking out.

They turn the ball over and it’s Ireland’s chance to run. Aki with a jinking run before Earls does likewise and they’re into Maori territory.

Lost forward though and that’s FULL-TIME! Brilliant win for the Maori All Blacks. Well deserved

Maoris pinged for playing the man in the air and Ireland have a penalty. Oh dear… Frawley goes for an aggressive touch, kicks it too far and it’s back for a Maori scrum. Poor

Lineout lost by Ireland. Their set-piece has been sloppy today.

Maoris run a few phases and Billy Harmon makes some metres down the right flank but his pass back inside is blocked by the covering Craig Casey. Harmon then needlessly pushes Casey and referee Wayne Barnes overturns the lineout to give Ireland a penalty. The back-rower lost his head slightly there.

Hmmmm, slightly odd call there. Scrum won by the All Blacks and Ruben Love drops into pocket and calls for the drop goal. His effort is wayward and Ireland can exit.

Penalty won and Frawley goes for a mammoth touch. Great work by Zarn Sullivan to keep it in, making sure his feet are in the field of play and flicking the ball backwards. Top work! Maoris kick clear and Ireland will still have a lineout in the opposition half.

Not a great kick from the 21-year-old Love as his low, flat effort clunks off the post.

Ireland collect the loose ball but Ciaran Frawley gets crunched by Love and Tamaiti Williams to go backwards and the counter-ruck from the Maoris wins the penalty. This time they go for a scrum around eight metres from the line.

Connor Garden-Bachop with space to run on the left and the winger bursts into the Ireland 22. Through the phases and another penalty won by the All Blacks.

Ruben Love – who came on for Josh Ioane at 10 – will go for the posts, on the 22 and pretty straight, shouldn’t be an issue.

Healy leaving the field on a cart and he can’t put any weight on his right leg. That’s a big blow for Ireland – potentially for the whole tour. On comes Finlay Bealham.

Immediately thrust into a scrum, which the All Blacks win comfortably and run a few phases around halfway. Tyrone Thompson pumps his legs to grind out a few more metres. Ireland steal the ball at the breakdown but then lose it forward. Very frustrating and it’s another Maori scrum.