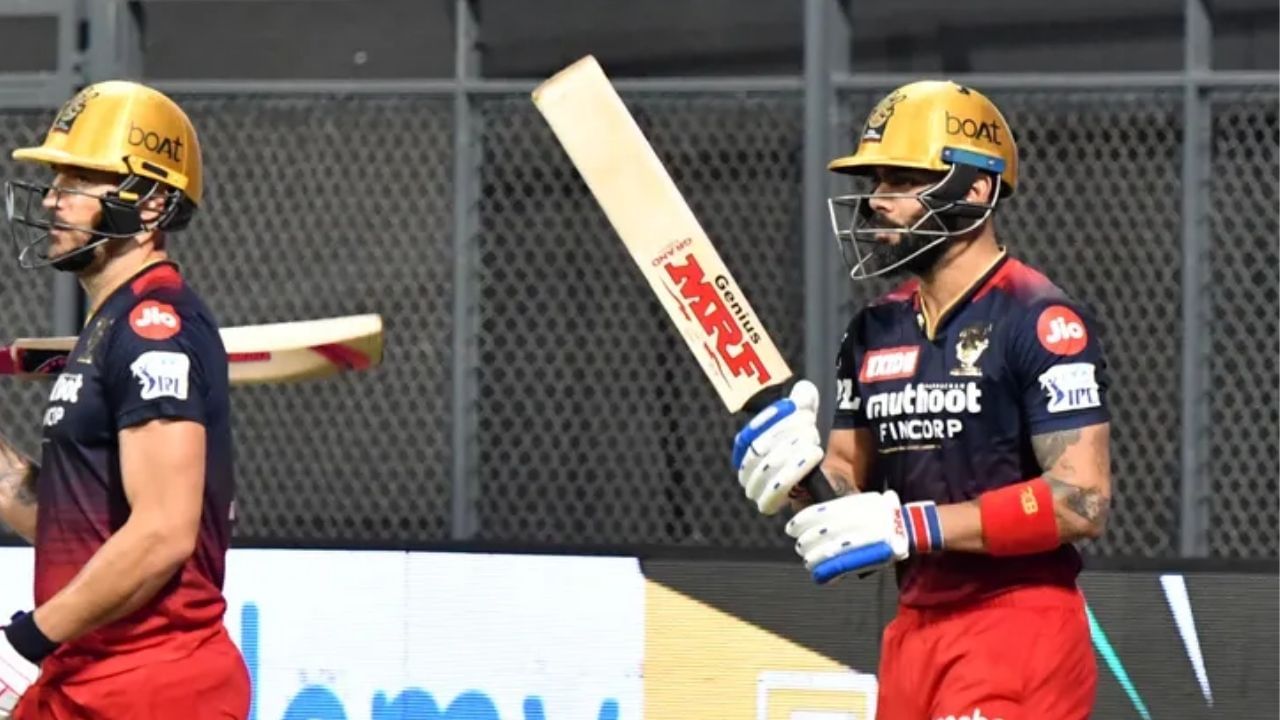 Virat Kohli was struggling for runs in IPL-2022. (IPL Photo)

Virat Kohli is seen struggling for runs at present, but when this legendary batsman of the world took runs with his bat, then his team RCB needed his runs the most.

Virat Kohli, who has been struggling for runs, has displayed his brilliant batting at crucial times. The team of Royal Challengers Bangalore landed against Gujarat Titans on Thursday (RCB vs GT). This match is expected to playoff for Bangalore. Gujarat set a target of 169 runs to win Bangalore. Virat Kohli came to open the innings with captain Faf du Plessis and started batting stormy as soon as he arrived. Virat completed his fifty in 33 balls. He completed this half-century with a six. This is Kohli’s second half-century in IPL-2022. The first half-century that Kohli scored this season was also against Gujarat.

Kohli had expressed his intentions by hitting two brilliant fours on Mohammed Shami, who brought the third over. He continued this sequence and washed every bowler of Gujarat fiercely. During this, he appeared in his old style and also took some visible shots.

Meanwhile, Kohli also got a lifeline. This life donation was given to him by Rashid Khan. Kohli played the ball of Hardik Pandya, who came to bowl the fourth over, at deep square leg. Rashid Khan was standing there. Although Rashid stood a little ahead and when the catch came to him, he stepped backwards but could not catch the ball and thus he missed the opportunity to send Kohli to the pavilion.