IPL 2022: The fate of Punjab is in the hands of Shikhar Dhawan, but in whose hands is his fate? 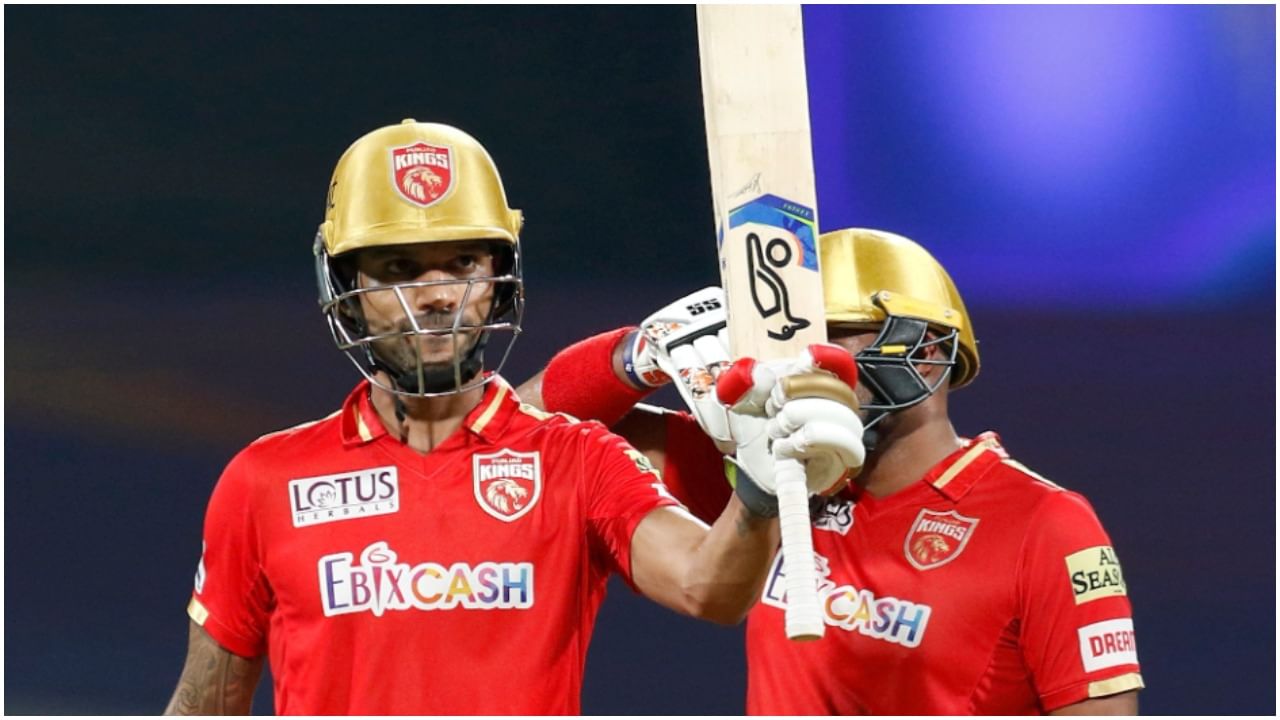 Shikhar Dhawan is seen in amazing form in IPL 2022. This season the left-handed batsman has so far scored 369 runs at an average of over 46. After this performance, he has claimed a comeback in the T20 team.

Punjab IPL (IPL 2022) It is one of those unlucky team which did not win the title even after doing everything. There was more than one star in the team. The team even changed its name but neither the result nor the luck changed. After the victory on Tuesday in this season, the team of Punjab is once again in the discussion. On Tuesday, Punjab defeated Gujarat Titans, the most powerful team of this season. (PBKS vs GT) defeated by a huge margin of 8 wickets. With this win, Punjab has 10 points in its account with 5 wins in 10 matches. Punjab (Punjab Kings) It is trying its best to make its place in the top-4 in the season. If this challenge is overcome, then every effort will be made to capture the title.

One of the players on whom the Punjab team will rely the most to achieve this goal is Shikhar Dhawan. Shikhar Dhawan’s role was also important in the victory against Gujarat Titans. He played an innings of 62 runs off 53 balls. Apart from Kagiso Rabada, the other hero of this victory was Shikhar Dhawan.

Shikhar catches the pulse of the match with experience

Shikhar Dhawan understood that the target of 144 runs was not big enough to take unnecessary risks. He became even more cautious after Jonny Bairstow was dismissed in the third over. He decided that he would try to ‘finish’ the match. That’s why he laid more emphasis on field shots. He had only one six in his innings, while eight fours. It is generally said about Shikhar Dhawan that he believes in scoring runs instead of standing on the crease. But realizing the importance of Tuesday’s match, he batted in a restrained manner. Shikhar Dhawan has scored 369 runs in 10 matches at an average of 46.12 in this season along with a half-century against Gujarat. It includes 3 fifties. Shikhar Dhawan is now included in the top-3 among the highest run scorers in the season. In this list, Jos Buttler is first with 588 runs and KL Rahul is second with 451 runs.

Shikhar’s form has heated up the discussion…

The specialty of IPL is that the Indian team is always discussed on the pretext of this tournament. The hottest discussion at this time is that depending on the current form, for whom the doors of the T20 World Cup will open and for whom will they be closed. The T20 World Cup is to be played in Australia later this year. After the current form of Shikhar Dhawan, now the discussion is whether he will go to Australia with the Indian team? 36-year-old Shikhar Dhawan is at the last stage of his career. In Test cricket, he has been out of the ‘scene’ since 2018. But he has been a part of the team in the limited overs. He also played in the ODI series against West Indies in February this year. The last T20 match he played was against Sri Lanka in July last year. In such a situation, the big question is whether on the basis of his form, he will be able to win the trust of his old partner and current captain Rohit Sharma?

Shikhar has a tough fight with Ishan Kishan

Rohit Sharma and Shikhar Dhawan have had a long association as the opening pair of the Indian team. Under the captaincy of Virat, these two players have made many big partnerships. But now Rohit Sharma is the captain of the team. The player whose ‘entry’ has happened in the last one year is – Ishaan Kishan. Ishaan Kishan has played with Rohit Sharma as a partner. Ishaan is just 24 years old. Everyone is a fan of his fearless batting. The tag of the most expensive player in this season has also been put on Ishaan Kishan. Which was bought by Mumbai Indians by spending fifteen and a half crores. However, Ishaan’s bat appeared colorless in the season. In the 9 matches played so far, Ishan has been able to score only 225 runs at an average of 28.12. Ishaan Kishan’s form is also a major reason for Mumbai’s team’s plight this season. Despite this, there is little hope that he will not be a part of the T20 World Cup team.

Shikhar’s fate is in the hands of Rohit Sharma

It is also important to know the T20 statistics of Shikhar Dhawan. The selectors will also decide with these figures. In 68 T20 matches played so far, he has scored 1759 runs at an average of 27.92. His strike rate is 126.36. 11 half-centuries are in his account. The big thing is that Shikhar Dhawan has performed better than his career average in Australia. He has played 9 matches on Australian pitches so far. In which his average is 33.87. A total of 271 runs are in his account. That is, in Australia, he scores about seven runs more than his career average. These figures will also go in favor of the peak. Shikhar Dhawan has also scored runs in IPL career with the strike rate of 126.53. He has scored 6153 runs in 202 IPL matches. He has 2 centuries and 47 half-centuries in his account in IPL. Since 2016 till now, Shikhar Dhawan has kept an average ‘maintenance’ in the range of 35-46. Shikhar Dhawan’s dominance in the T20 format is also made by this record that he is also at number two in the list of batsmen who have scored the most runs in the history of IPL. Virat Kohli is at number one and Rohit Sharma is at number three. Overall, dismissing Shikhar Dhawan blindly is not such an easy task.


Peak exam has been happening before

Such an ordeal is not being held for the first time in Shikhar’s career. After the start of limited overs career in 2010, Shikhar had gone through a similar test at the beginning of his Test career. It’s the year 2013. Australia’s team was on a tour of India. This was the period when due to the opening pair of Virender Sehwag and Gautam Gambhir, no new batsman could get a chance. Then Shikhar Dhawan was performing consistently in domestic cricket for almost a decade. After all, Shikhar Dhawan got a chance against Australia. In that test match, Australia scored 408 runs in the first innings. In that match played in Mohali, there was pressure on India to play carefully. The Australian team had bowlers like Mitchell Starc, Peter Siddle, Moses Henriques and Nathan Laine. Despite this, Shikhar Dhawan played his natural game. He had scored a century. He had missed a double century by getting out on the score of 187, but after that he had won the hearts of the selectors for a long time. Where will Shikhar’s future go now? The story has once again reached there.