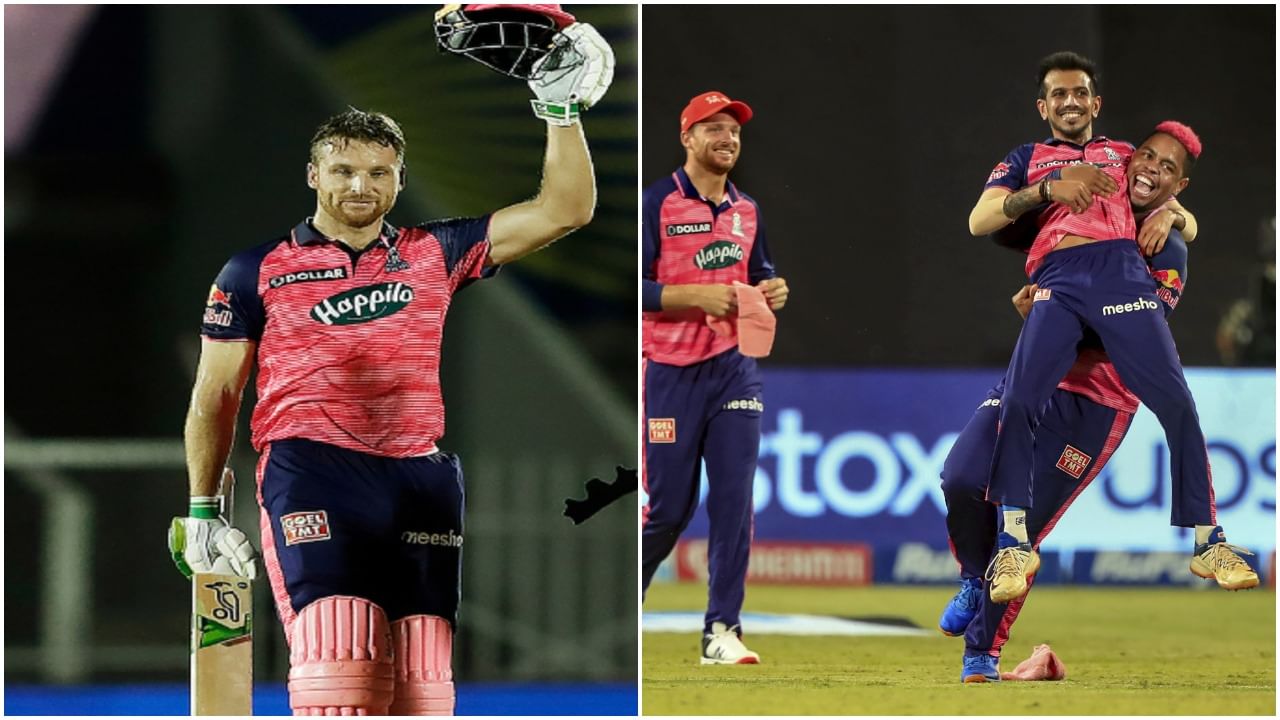 Rajasthan Royals star batsman Jos Buttler (Jos Buttler) Disappointed with his performance in the last few matches, he said he will gain confidence from his big knocks in the early stages of the tournament before making it to the play-offs. England wicket-keeper batsman Butler has scored 629 runs in the current season at a strike rate of 147 with the help of three centuries and three half-centuries but in the last three matches he has managed to score only 11 runs with two, two and seven innings. “Of course I was thrilled about my form in the IPL but disappointed with the performance of the last few matches,” Butler said ahead of the first qualifier against Titans at the Eden Gardens on Tuesday. “In the first half of the tournament, I was playing possibly some of the best cricket of my career and I am gaining confidence from that performance before the play-offs,” he said. ,

Yuzvendra Chahal credited his success to the team playing together and said that playing for Royals is special because of the late Shane Warne, who led the team in the first season. Chahal, the most successful bowler of the current tournament, said, ‘I know this is my first season with the Royals but it feels like I have been playing with the team for years. Here I am mentally comfortable and I think the credit goes to the people associated with the team here. He said, ‘On the other hand, it is special for me to play with the team because Warne played for the Royals and I think his blessings are with me. I think he is looking at me. ,

Retired out is the future of T20

Veteran spinner Ravichandran Ashwin, who has impressed with his performance with both the ball and the bat in the current season, said certain decisions like retired out can give a competitive advantage to the team if taken in the right way. In retired out, the batsman returns to the pavilion of his own free will and is considered out. Ashwin, Royals’ most economical bowler in the current season, said, ‘It is important to understand how this decision can put you in an advantageous position at crucial moments. I think this (retired out) will be a part of T20 cricket in future and I think it will continue. He said, ‘People will understand that it is risky because the batsman cannot come back to play after being retired and if things do not go in your favor then you may have to explain it. But if it is implemented properly then it can be a win-win situation for you. Apart from scoring 183 runs in the current season, Ashwin has also taken 11 wickets and during this his economy rate has been 7.14.

Captain Sanju Samson, who is leading the franchise for the second time for the entire season, said that he will never stop learning and communication is one of the key points of his captaincy. Samson said, ‘I think as a batsman and captain, I have developed and continue to learn. I am enjoying the responsibility of leading this team especially in the presence of so many experienced players in the team. “I think when you’re leading a team, it’s very important that you approach it in such a way that you allow people to come and talk to you under pressure and have their views,” he said. .’