IPL 2022: First with the fielding, then with the bat, don’t forget Faf du Plessis because of Virat Kohli 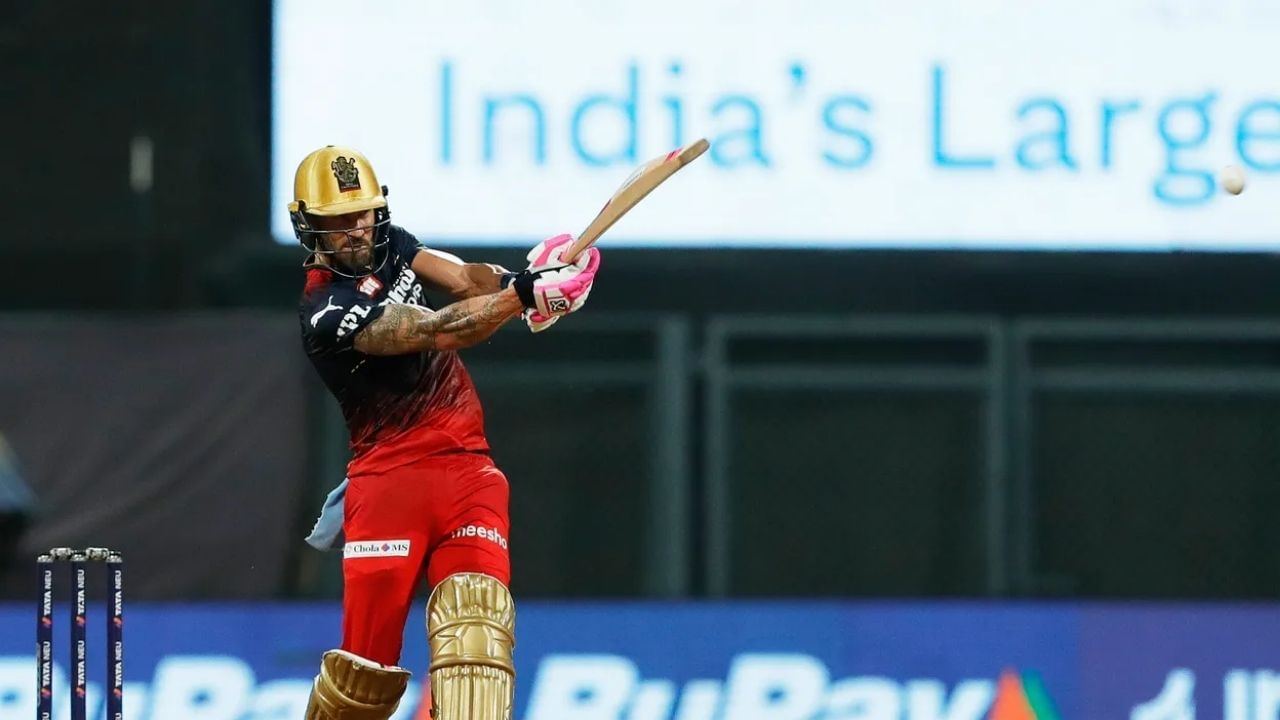 Virat Kohli’s half-century might have led Royal Challengers Bangalore to victory but captain Faf du Plessis’ contribution to this victory cannot be forgotten.

The captain is the one who leads the team from the front. Meaning become an example for other players with your strong game and take the team forward. Faf Du Plessis did the same thing on Thursday. He played an important role in helping Royal Challengers Bangalore win against Gujarat Titans. Of course, Virat Kohli’s innings of 77 runs in this match has been in everyone’s eyes, but in the meantime, the contribution of Du Plessis cannot be forgotten. Bangalore beat Gujarat (RCB vs GT) by eight wickets to keep their IPL-2022 playoff hopes alive. Now he has to hope that Delhi Capitals loses in their last match. But to fulfill this expectation, Bangalore’s victory was also needed, which he got. And in this the captain cleared the way for the team with his fielding, his batting.

The start of this match did not go well for Bangalore as Faf du Plessis lost the toss. Gujarat captain Hardik Pandya won the toss and elected to bat first. Gujarat opener Wriddhiman Saha smashed Siddharth Kaul, who was bowling the first over. Although Bangalore had got the wickets of Shubman Gill and Matthew Wade, Saha remained a problem for them.

Saha was run out

Saha was at the other end and started working the partnership with Pandya. Meanwhile, Du Plessis showed his agility and gave relief to Bangalore by running out Saha with the best throw. Pandya played between extra covers and mid-off on Harshal Patel, who was bowling the ninth over. Both Pandya and Saha wanted runs here and they also ran for runs. But Du Plessis showed his mettle and threw the ball while running from mid-off. He did this throw at the striker’s end. His throw went straight to the stump. Saha was way out of the crease. In such a situation, he had to return to the pavilion.


Showed power with the bat

Gujarat had given a target of 169 runs to Bangalore. To achieve this goal, it was necessary that Bangalore got a good start. Du Plessis and Kohli gave him this start and batted vigorously. Both of them had laid the foundation of the team’s victory by making a century partnership for the first wicket. The pair added 115 runs for the first wicket. This is the second time this season that Bangalore’s opening pair has made a century partnership. Earlier, Bangalore did this in their first match of this season against Punjab Kings. However, one disappointing thing for Du Plessis was that he could not complete his half-century. He became the victim of Rashid Khan on his personal score of 44 runs. He faced 38 balls and hit five fours.