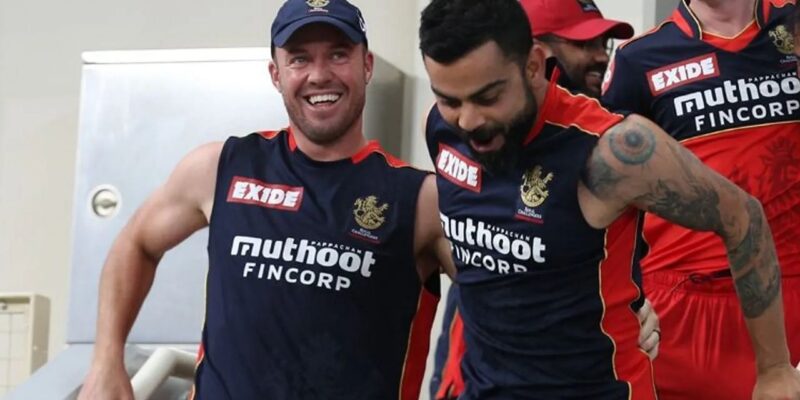 Under the captaincy of Virat Kohli, RCB has reached the playoffs for the second time in a row.

Royal Challengers Bangalore defeated Delhi Capitals on the last ball in their last league match of IPL 2021 on Friday. In this way, RCB started the tournament with a win and ended the group stage with the win. After winning the last match, captain Virat Kohli said that the victory against Delhi Capitals was unbelievable. In this his team had nothing to lose. Chasing a target of 165, Royal Challengers Bangalore won the match by scoring 166 for three with brilliant half-centuries from Srikar Bharat (78 not out) and Glenn Maxwell (51 not out). Both of them took full advantage of the poor fielding of Delhi Capitals to win the team on the last ball.

After the match, Kohli said, ‘Unbelievable. It was a match in which we had nothing to lose but still it is good to win against a team that is top of the points table despite losing early wickets. We have defeated them twice this season. The way AB (de Villiers) and KS (Shrikar Bharat) batted first was good. And then the partnership between Maxi (Maxwell) and KS was great. Chasing a target gives you a different kind of confidence to go into the playoffs. And we haven’t chased much in the tournament so it was important to bat well in the second innings as well.

On the other hand, Delhi Capitals captain Rishabh Pant said on poor fielding, ‘We know how important fielding is in T20. If you field like today, you deserve to lose. We lost many wickets while batting. But I think next time we have to field better. I think it was difficult for the fast bowlers because of the dew but the fielders have to support the bowling unit. We are not feeling well because we want to win such matches.

‘Player of the match’ Shrikar Bharat said, ‘The victory on the last ball was spectacular. It was an incredible feeling to finish the match. Maxwell and I were talking well. I was not nervous at all. Was looking for a chance on the last ball after wide.

read this also: RCB entered the special club of IPL, made a place with CSK-KKR and Mumbai without winning the title

6 Exercises Every Beginner Must Do Before Starting Weight Training

Manish Gupta Murder: Inspector and outpost in-charge arrested with a reward of one lakh, police arrested from Gorakhpur hotel