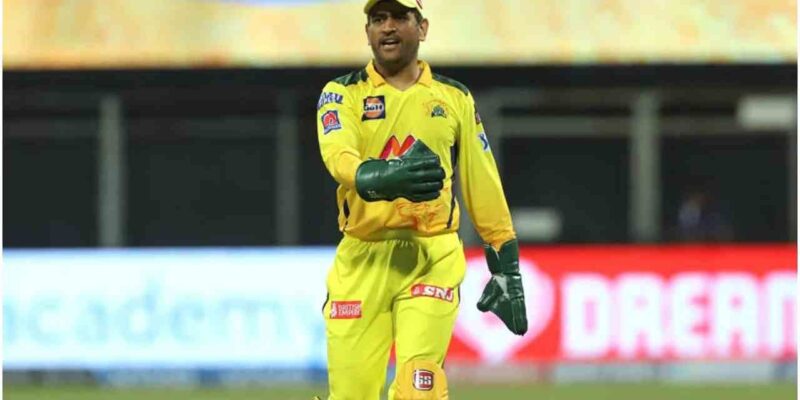 Big challenge in front of Dhoni to stop Venkatesh Iyer

Chennai Super Kings captain MS Dhoni will face the challenge of stopping the Kolkata Knight Riders player, who chewed the nako gram to Virat and Rohit in the first two matches of his IPL career.

The work that neither Virat Kohli could do nor Rohit Sharma could do. Will Dhoni be able to do him today? The question is big. But the answer is going to be received after just a few hours. Today is double header day in IPL 2021. That is, even today two matches will be played. And, in the first match, Chennai Super Kings captain MS Dhoni will face the challenge of stopping the Kolkata Knight Riders player, who has already played 2 games before his IPL career. In the matches, Virat (Virat) and Rohit (Rohit) were chewed by Nako gram. The name of this tremendous player of KKR is Venkatesh Iyer.

Left-handed opener Venkatesh Iyer has played only 2 IPL matches in his IPL career. And, in these 2 matches, he has scored 94 runs with a half-century. Iyer played the first match against Royal Challengers Bangalore, led by Virat Kohli, in which he played an unbeaten innings of 41 runs in 27 balls. His innings included 7 fours and 1 six. Thanks to Venkatesh’s fiery innings, KKR chased the target in 10 overs and RCB had to face defeat by 9 wickets. After this, the second match was played against Mumbai Indians led by Rohit Sharma, in which he scored 53 runs in 30 balls. This time Venkatesh’s innings included 4 fours and 3 sixes. With his strong innings, Kolkata chased the target of 20 overs in just 15.1 overs and won the match by 7 wickets.

Virat-Rohit’s stolen peace, today will be Rajni’s fan in front of Dhoni

Now today Venkatesh Iyer will come against CSK. That is, Mahendra Singh will be in front of Dhoni, about whom it is said that he makes untoward happen. Venkatesh Iyer has also become the same accident, which Dhoni will have to convert into a happening today. Dhoni’s team is riding on the victory chariot. This team has won both their matches played in the second half. The reality of Kolkata Knight Riders is also similar. He has also won the last two matches played in this half. And, in both those victories, Venkatesh Iyer has shined as a star. Now it remains to be seen whether Dhoni will be able to stop Venkatesh from being pyrotechnic against him today or will it be easy for this new KKR player, who combined Virat and Rohit’s team to rob 94 runs at a strike rate of more than 150, to crush their strategies. .

Also read: IPL 2021: Shami made a great record by dismissing Warner and Williamson, became the first bowler to do so