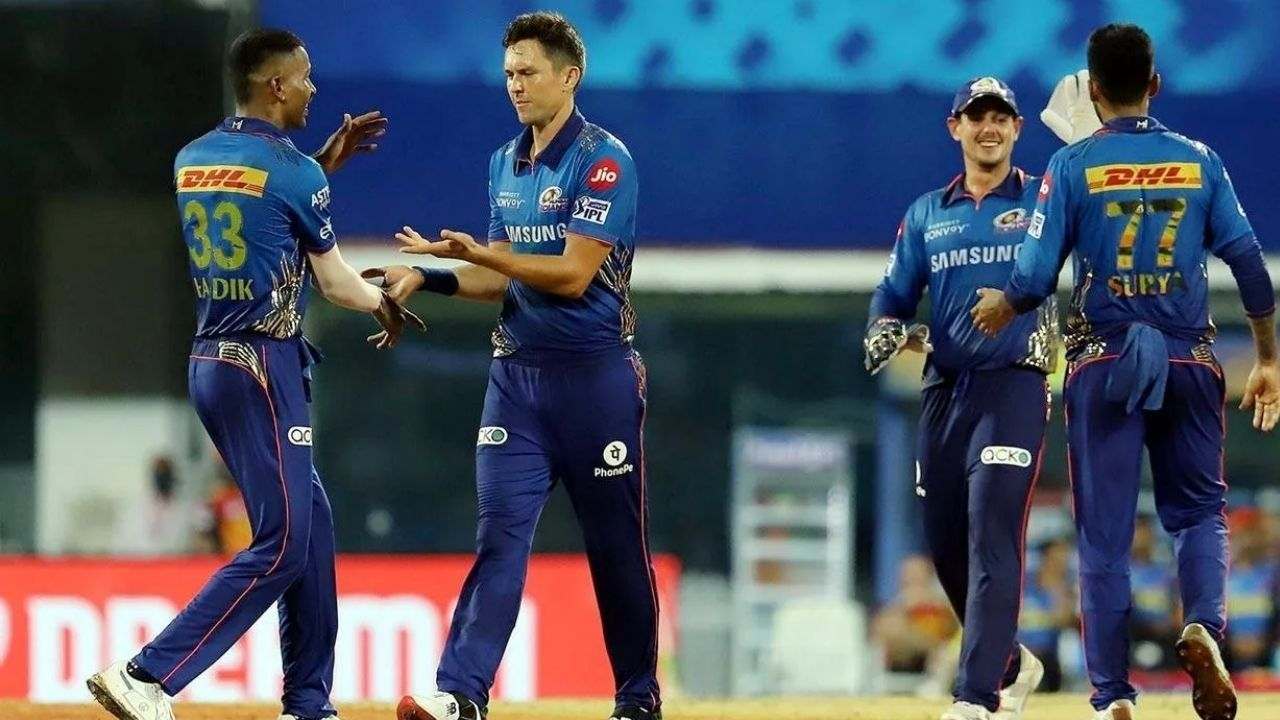 The second phase of IPL 2021 is starting from September 19 in the United Arab Emirates and the first match will be played between the current winners Mumbai Indians-Chennai Super Kings.

Trait Boult’s quarantine period is over and now he has joined Mumbai Indians.

Players have started reaching the United Arab Emirates (UAE) for the second phase of IPL 2021. Some players of the current winners Mumbai Indians are already there and now gradually more players are landing on UAE soil. New Zealand’s left-arm fast bowler Trent Boult has also joined the team after completing the quarantine period. Bolt has expressed happiness over meeting his teammates from Mumbai. He has said that he is happy to be back in the UAE and now that his six-day quarantine period is over, he is now enjoying with his IPL teammates. Bolt is an important bowler of the team and he played an important role in getting the team the title last season. The team of Mumbai Indians is currently in fourth place. She has lost three matches in seven matches, winning four matches. This time his eyes are on the title hat-trick.

The first match of the second phase will be played between Mumbai and Chennai Super Kings. Jasprit Bumrah and his pair have the power to stop any batting order in the opening overs and the final overs. Both of them have done this in IPL with Mumbai. Mumbai won the IPL-2020 title in the UAE itself and now Bolt is excited to come here once again. Bolt said in a video released by Mumbai Indians, “I have enjoyed the last few months. I am excited to be back here. It is very hot here. The six-day quarantine is over. Now I am ready to join the team.”

Aiming to pick up from where they left off! 💪😎

Boult has so far taken seven wickets in eight matches in the first leg of the current season. Bolt said that his old memories have been refreshed after coming to the UAE. He said, “Here are some wonderful memories. Nice to come back to the same hotel, stay in the same room. The team room is superb and the facilities here are also excellent. It’s been a good time here. Hopefully we can relive the old memories and start from where we left off.”

The star player from Mumbai said that all the franchises and players are in a good rhythm, but his team has been successful here, so it is time to look back and continue the same game. He said, “Half the tournament has been played, now the circumstances are different. So I think all the franchises are fully prepared. But the good thing is that we have got success here. So it’s a matter of looking back and moving forward and hopefully we can do what we can in the best way possible.”

This veteran is surprised to see Shikhar Dhawan not in the T20 World Cup team, said – he himself ..

Know about those 3 zodiac signs who bother a lot

Somansh got 101 rupees from Madhuri on the stage of Dance Deewane 3, the actress gave all the training to make modaks, watch video