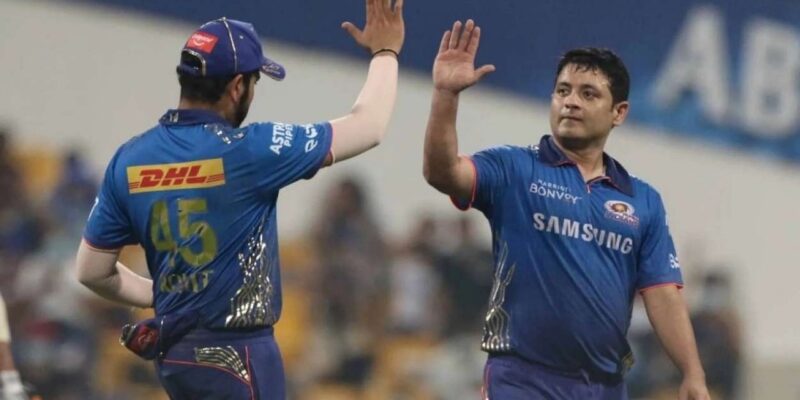 Piyush Chawla made his last league debut for Mumbai Indians

Mumbai Indians needed a big win in their last league match on Friday. For this, he did everything that could make him win. Captain Rohit Sharma gave his leg-spinner bowler Piyush Chawla a chance in the last and most important match after sitting on the bench throughout the season. This was Piyush’s debut match for Mumbai and he made a big record in this match.

Earlier Piyush was playing for Chennai. Piyush Chawla, who was the most expensive Indian player (6.75 crores) in the 2020 auction, was released by Chennai before the auction. Piyush played seven matches in the last season played in the UAE and took only six wickets. This 32-year-old leg-spinner had kept his base price of 50 lakhs this time. The team of Delhi Capitals and Mumbai Indians was competing to take him. However, in the end, Mumbai added him with them for 2.40 crores. The team did not give him a chance to play in the entire season. He got a chance to debut for Mumbai in the last match. He took only one wicket in this match but the same wicket made him India’s most successful bowler in T20.

Piyush Chawla, making his debut for Mumbai in the league, dismissed Mohammad Nabi in the ninth over. Nabi was caught by Kieron Pollard on his ball. With this wicket, he completed 263 wickets in T20 and he became the highest wicket-taker for India in this format. Piyush achieved this position in his 249th T20I match. Earlier this record was in the name of Amit Mishra who took 262 wickets in 236 matches. Piyush Chawla is also the fourth highest wicket-taker in IPL history. Piyush Chawla has taken 157 wickets in 165 IPL matches. At the same time, Amit Mishra has taken 166 wickets in 157 matches and he is at number two in this list.

Mumbai could not reach the playoffs even after the win

In their last league match, Mumbai Indians defeated Sunrisers Hyderabad by 42 runs. However, she still could not qualify for the playoffs. Batting first, the team scored 235 runs in 20 overs. Ishan Kishan (84) and Suryakumar Yadav (82 *) scored 235 runs for Mumbai’s team. To go into that playoff, Hyderabad needed to be bowled out for 70 runs but they could not do so. In response, the Hyderabad team could only score 193 runs on the basis of Manish Pandey’s innings of 69 runs.

IPL 2021: Ishan Kishan-Suryakumar Yadav’s brilliant batting led to a flood of records, Mumbai made new records in one night

The crisis deepens in Britain! Millions of Britons are unable to buy essential food items, shocking results came out in the survey

Is Varun Gandhi preparing to join the family Congress party?