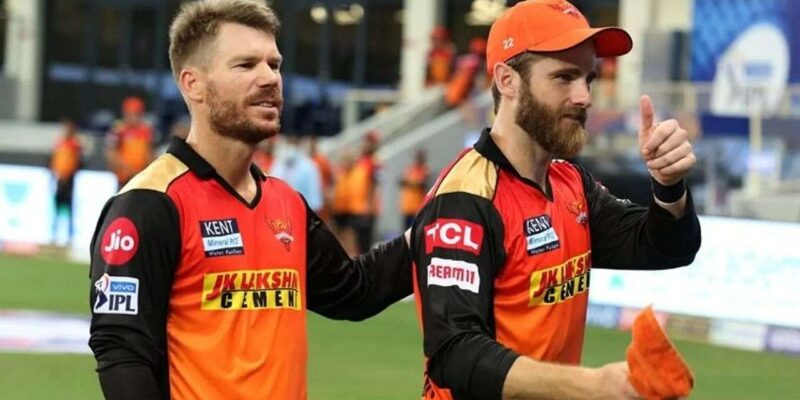 David Warner and Kane Williamson are both the biggest players of Sunrisers Hyderabad.

Sunrisers Hyderabad’s condition is bad in IPL 2021. The team has played eight matches and has won only one of them. Sunrisers Hyderabad team is at the bottom of the points table. He now has six more matches to play and the way he has performed this season, it does not seem that the team will be able to reach the playoffs. In its last six matches, Hyderabad team has to play against Punjab Kings, Rajasthan Royals, Chennai Super Kings, Kolkata Knight Riders, Royal Challengers Bangalore and Mumbai Indians. In such a situation, he will have to work hard to go to the last four. If Sunrisers Hyderabad’s team does not reach the IPL 2021 playoffs, then its ongoing series for five consecutive years will come to an end. This team has reached the IPL playoffs continuously from 2016 to 2020.

Sunrisers Hyderabad team is one of the successful teams of IPL. He has also won the title once. He did this amazing in IPL 2016. In this season, this team has been at number three by winning seven matches out of 14 and then defeated RCB to become the champion. Since then this team was continuously reaching the last-four. In IPL 2017, this team finished third after winning eight out of 14 matches. But could not make it to the final. Then in IPL 2018, the team topped the points table after winning nine out of 14 matches. She also went to the final where she lost to Chennai Super Kings.

Hyderabad has been able to beat only Punjab in IPL 2021

Talking about IPL 2019, Hyderabad won six matches out of 14 and got a playoff ticket while staying at number four. But the team could not go beyond the playoffs. In the last season, this team had won seven out of 14 matches and made it to the last-four by staying at the third position. In the current season, Hyderabad team has won only one match and that too against Punjab Kings. Apart from this, he had tied the match against Delhi in the first half but then got defeated in the super over.

The Hyderabad management changed the captain after the team’s consistent performance in the first half. Kane Williamson was made the head instead of David Warner. But the condition of the team did not improve. It remains to be seen how the team ends this season.

read this also: Team India’s brave opener, who could not even deter the injury on the ear, kept encouraging the opponents, became the coach of India

Before the age of 60, the bones are getting weaker because not only lack of calcium, these are the big reasons