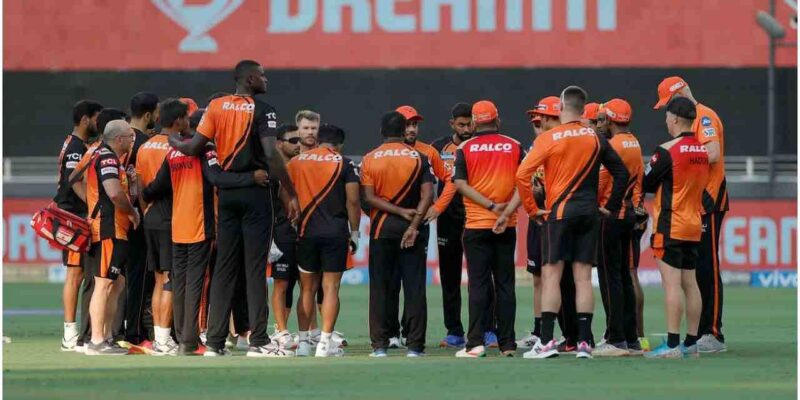 Sunrisers Hyderabad game is not over yet

SRH, popularly known as the Orange Army, has won only one out of the 9 matches played so far. Such a bad condition has not happened to any team before in IPL history.

IPL 2021 for Sunrisers Hyderabad is going the same way as IPL 2020 season was for Chennai Super Kings. Known as the Orange Army, this team has been able to win only one out of the 9 matches played so far. Such a bad condition has not happened to any team before in IPL history. Not even CSK, which saw its worst phase last season. Before Sunrisers, no team has been such that they have won only 1 out of the 9 matches played earlier. This is the reason why Orange Army is also at the bottom of the points tally. In such a situation, the big question is why is this team not out of the race for the play-offs? Why is it still in the race to make it to the Final Four? So behind this is the mathematics of group stage in IPL 2021.

Now what is that math, just understand it. All the teams have played 9 or more matches out of 14 matches in the group stage. Sunrisers Hyderabad have played their 9 matches. In this he has lost 8. That is, only 1 has won. And thus taking 2 points is at the bottom of the points tally. But this team can reach the floor from the floor. Still this team has a chance to collect 12 points. This can happen when it wins its next five remaining matches. Now just remember the IPL season of the year 2019. With 12 points, Sunrisers qualified for the play-offs. Then why not this time? How is this possible, for that, just understand the equation of the rest of the teams.

Delhi Capitals have 16 points after 10 matches. At the same time, 14 points in 9 matches of CSK. Along with winning all their next matches, SRH will also have to celebrate that these two teams cannot collect more than 22 points. Apart from this, KKR and Punjab Kings now win only one more out of their remaining matches, so that both of them cannot have more than 10 points. RCB won only 1 more in the next 5 matches i.e. they should not have more than 12 points. While Mumbai and Rajasthan won 2 more out of the next 5 matches. So that they also have only 12 marks. If this happens then SRH’s pulse can melt and they can reach the playoffs again.

Also read: AUS W vs IND W: Jhulan Goswami made 2 records in a single over, this is the second time for this Australian batsman