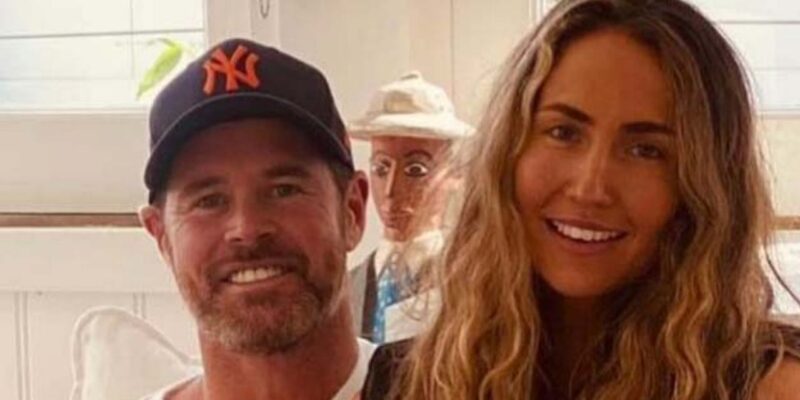 Dan Christian with his partner Georgia.

Royal Challengers Bangalore, captained by Virat Kohli, had to face defeat at the hands of Kolkata Knight Riders in the Eliminator match of IPL 2021. With this, the journey of RCB in this season came to an end. In the match that lasted till the last over, KKR won by four wickets and made it to Qualifier 2. Here he will face Delhi Capitals. But after the defeat of RCB, a player of the team came under the target of trolls on social media. Holding him responsible for the defeat, social media users targeted this player as well as his family. The name of the player on target is Dan Christian. He and his pregnant partner were abused. After this, Dan Christian posted and appealed to the people not to abuse.

Dane Christian failed in the match against KKR. He scored nine not out in batting. Then during the bowling, 22 runs went in his one over. Sunil Narine had hit three consecutive sixes on his balls. In the end, this over proved to be very expensive and KKR won the low-scoring match. If 22 runs had not gone off Dane Christian’s over, then the match could have gone to RCB’s account. But this could not happen. The defeat extended RCB’s IPL winning drought by a year. Also, Virat Kohli’s career as RCB captain ended without a trophy. Angered by this, RCB and Kohli fans targeted Dan Christian.

Dan Christian gave 22 run in a single over, Rcb lost,but it doesn’t mean that we fans have right to abuse him and his wife! It’s shameful! Stop abusing pls✨ pic.twitter.com/lQoXlQqjnv

Dan Christian had to put up a story to stop abuses for his pregnant wife from few Kohli fanbois. That’s how disgusting they were. Pathetic fanbase for a reason! #RCB

Furious after RCB’s loss, they have started abusing Dan Christian’s pregnant wife on insta.
This is totally unacceptable 😡

Christian appealed not to abuse

Along with Dan Christian, he said bad things by going to the account of his partner Georgia Dunn. Wrote abuses for both. After this the Australian player had to intervene. He asked the fans not to do this through Instagram story. Dan Christian wrote, ‘Look at the comments on my partner’s Instagram post. The match was not good for me tonight. But this is the game itself. Please keep it separate from him.’ Glenn Maxwell also posted about this. He wrote that those who are abusing him and his team members are useless people. They will block such people.

Maxwell wrote, ‘Many thanks to a real RCB fan for their support. There are some useless people who have turned even social media into a scary place. This is unbearable. He is requested not to do that, nor to become. If you abuse any of my teammates or friends on social media, you will be blocked by each of us. What is the use of being rude? There is no place for forgiveness for such people.

read this also: After RCB’s journey in IPL 2021 came to a halt, Glenn Maxwell said his heart, warned certain types of people

Wrap Up: Akshay Kumar wraps up the shooting of ‘Raksha Bandhan’, will release on this date next year