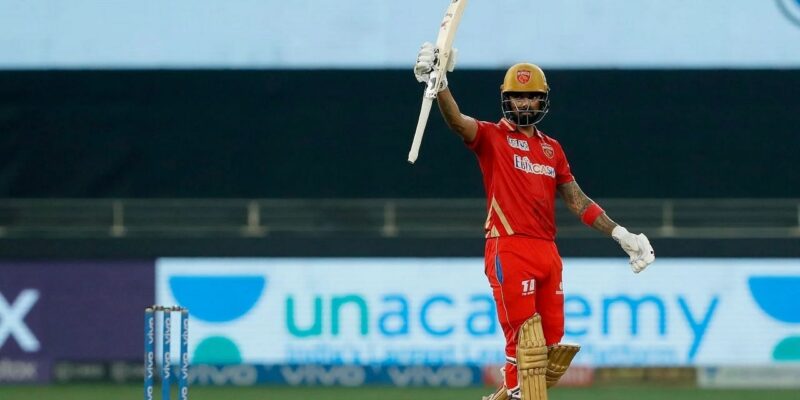 KL Rahul has overtaken Shikhar Dhawan in the race for the Orange Cap.

The Indian Premier League (IPL 2021) has now reached its interesting point. Three teams have reached the playoff and there is a match between two teams for a vacant place. Two matches were played in IPL 2021 on Thursday. The first between Chennai Super Kings (CSK) and Punjab Kings. At the same time, in the second match, Kolkata Knight Riders (KKR) team clashed with Rajasthan Royals. Apart from the fight to reach the playoffs, there is a battle going on. This is the battle to become the best batsman of IPL 2021.

Every batsman playing in IPL is trying to win his team with a bang. Also, his eyes are on the Orange Cap. By decorating it on his head, he wants to become the head of IPL 2021. The race for the Orange Cap has also become interesting. Where big changes are seen continuously. Sometimes someone goes ahead in the top-5 and sometimes someone else. However, only a few names are ahead in this. After today’s match, there has been a change in the top-5 in the race of Orange Cape.

The Orange Cap is the biggest tag for the batsmen in the Indian Premier League. The batsman whose bat scores the most runs in this tournament. An orange cup is adorned on his head. The Orange Cap continues from the first season of the league. Throughout the league, different batsmen get the Orange Cap. In the end, it adorns the head of the batsman who has scored the most runs in the season. Its race is always very interesting and this time it is also.

In the IPL 2020 season, Punjab Kings captain KL Rahul won the Orange Cap. He scored 670 runs in 14 matches. This year also he remains in the race with his brilliant batting. Apart from them, Faf du Plessis and Rituraj Gaikwad of Chennai Super Kings are also involved in this race. At the end of the league, who will get this cap, it will be a matter to be seen. Changes are being seen in the top-5 in the Orange Cap every day.