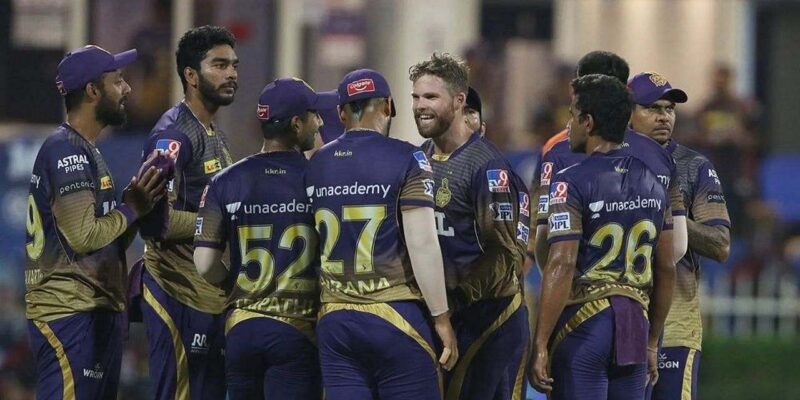 Kolkata had secured a place in the playoffs by defeating Rajasthan Royals in IPL 2021. (Pic Credit IPL 2021)

IPL 2021 (IPL 2021) playoff matches are going to start from Sunday. Kolkata Knight Riders (KKR), Royal Challengers Bangalore (RCB), Delhi Capitals and Chennai Super Kings have qualified for the playoffs after the last two league matches held together on Friday. These four teams will now give their lives for the final. However, the KKR team, which finished fourth in the points table, has suffered a major setback as the team’s star all-rounder Shakib Al Hasan has decided to leave the team before the crucial playoff matches.

KKR’s team finished fourth in the points table. In such a situation, the team will have to play the Eliminator match against RCB. If she wins this match, she will get a place in the final only after winning the second qualifier. The four teams reaching the playoffs are very strong, so KKR need to show their best game. Although she will play in these matches in the absence of Shakib Al Hasan.

The reason behind this decision of Shakib Al Hasan is T20 World Cup. ICC is going to organize the T20 World Cup in the UAE right after the IPL. Teams have also started reaching UAE for this tournament. According to reports, Shakib has decided to join his national team Bangladesh before the playoffs, giving preference to T20 World Cup over IPL, which is reaching UAE on Sunday. Apart from him, Mustafizur Rahman of Rajasthan Royals will also join the Bangladesh team. However, it is not a difficult decision for them as Rajasthan is not in the playoffs.

The Bangladesh team will not get a chance for a practice session before the warm-up match against Sri Lanka on October 12. The team will reach here on Sunday and remain in quarantine till Monday. The team will play against Ireland on 15 October. In the current season of IPL, Shakib has not got too many chances to take the field. He has played only five matches in which he has taken only 4 wickets and scored 38 runs. Shakib started his IPL career in 2011 with Kolkata Knight Riders. Later in the year 2018, he joined the team of Sunrisers Hyderabad. In the year 2021, he has again returned to Kolkata Knight Riders. Shakib has played 63 IPL so far, in which he has scored 746 runs with a strike rate of 126.66. Along with this, he has also taken 59 wickets with an economy of 7.46.