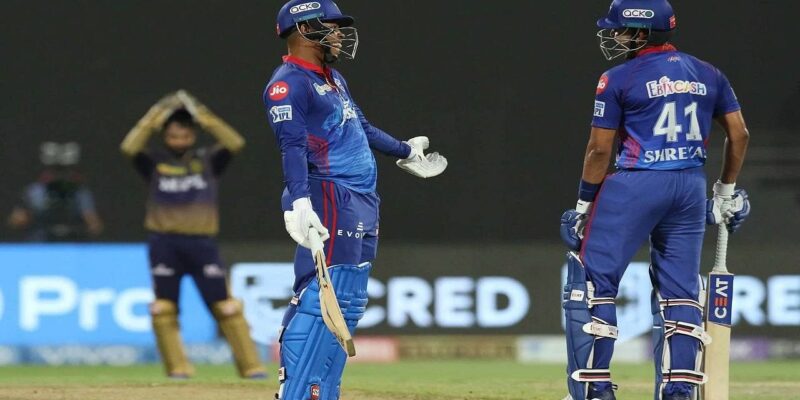 IPL 2021: Shimron Hetmyer gets life sentence, called back from dugout

In IPL 2021, a very interesting incident was seen in the match between Kolkata Knight Riders and Delhi Capitals. In the match, the Delhi Capitals batsman went out of the field after being dismissed, but after that the fourth umpire sent him back again. This batsman was Shimron Hetmyer and he got such a lifeline in the match, which perhaps even this batsman would not have expected.

Actually Shimron Hetmyer got life in the 17th over. In an attempt to hit a big shot off Varun Chakraborty, Hetmyer was caught by Shubman Gill. Hetmyer returned to the dug out with a very disappointed heart. But then the third umpire checked Varun Chakraborty’s foot, which was ahead of the crease. Hetmyer was sitting in the dug out disappointed and the third umpire declared him not out. On seeing the decision of the third umpire, he jumped with joy and immediately came inside the field. (Click here to view video)

As soon as he got life, Shimron Hetmyer started attacking the bowlers of Kolkata Knight Riders. This batsman hit two long sixes in the same over of Loki Ferguson. But in the 19th over, Hetmyer made such a mistake, due to which he lost his wicket. Hetmyer tried to steal a run in front of Venkatesh Iyer but his precise throw forced the Delhi batsman to return to the pavilion. Hetmyer scored 17 runs off 10 balls. Delhi suffered a lot due to Hetmyer’s run out like this.

Batting first, Delhi scored 135 for 5 in 20 overs. Shikhar Dhawan scored the highest 36 runs for Delhi on the difficult pitch of Sharjah. Shreyas Iyer also played an unbeaten 30 not out. Marcus Stoinis and Prithvi Shaw played an innings of 18-18 runs. Varun Chakraborty was the most successful bowler for Kolkata. He took 2 wickets for 26 runs in 4 overs. Loki Ferguson and Shivam Mavi also took 1-1 wickets.

Also read- If the IPL teams did not buy, then this veteran broke away from the tournament, now wants to earn crores of rupees!

OMG!: This dog is fond of parties, arrives decorated and drinks his favorite ‘drink’