IPL 2021: KKR finish RCB’s game in 10 overs, Gill and Venkatesh show their strength with the bat 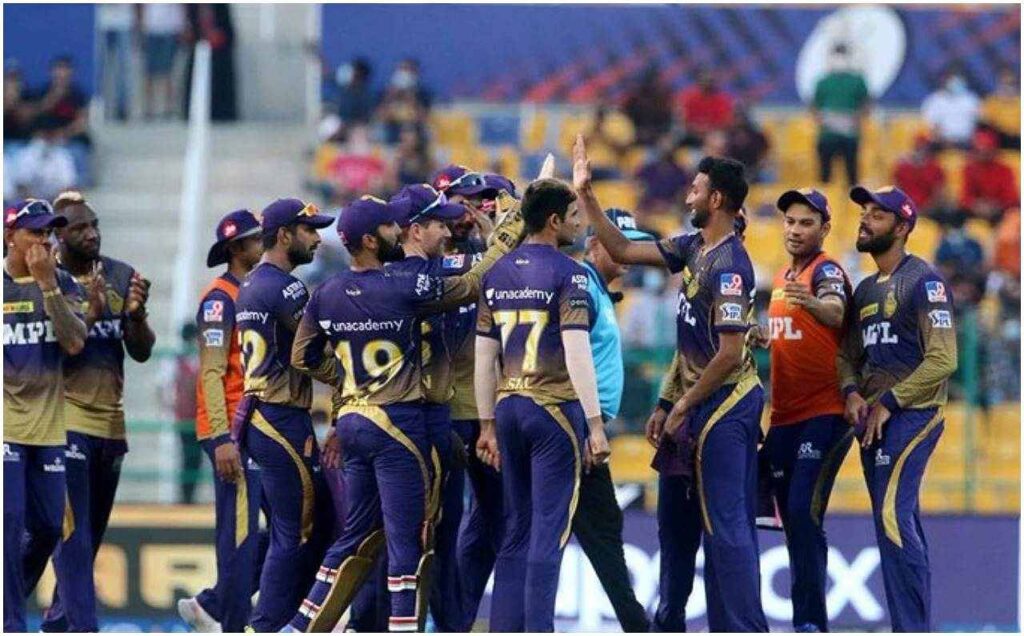 Kolkata Knight Riders (KKR) defeated Royal Challengers Bangalore (RCB) by nine wickets at the Sheikh Zayed Stadium in Abu Dhabi. After winning the toss and opting to bat first, the start of RCB was very poor. RCB had given a target of 93 runs to KKR, which they achieved by losing just 1 wicket in 10 overs. The opening pair of KKR started with a bang. Opener Shubman Gill scored 48 runs and Venkatesh Iyer scored 41 runs in 27 balls. Both the batsmen put an 82-run partnership for the first wicket to take KKR closer to victory.

RCB’s team was all out after scoring just 92 runs against KKR. Devdutt Padikkal scored the highest 22 runs for RCB. S Bharat scored 16 runs after him. At the same time, Virat scored 5 runs while playing his 200th IPL match. While de Villiers could not even open the account.

Andre Russell and Varun Chakraborty bowled sharply. Russell took three wickets for nine runs and Chakraborty took three wickets for 13 runs. Lockie Ferguson took two wickets for 24 runs. Famous Krishna got 1 wicket. Apart from Devdutt Padikkal (22), none of the RCB batsmen could cross the 20-run mark. In reply, KKR registered an easy victory by scoring 94 for one in 10 overs, thanks to an 82-run opening stand between openers Shubman Gill and debutant Venkatesh Iyer.

Virat Kohli won the toss and decided to bat first. RCB did not have a good start and the team lost the wicket of captain Kohli in the second over itself. Padikkal and debutant Sreekar Bharat then carried on the innings. Ferguson made Padikkal a victim on the last ball of the power play. Bharat too, after scoring 16 runs, was caught by Russell on Gill.

After the power play, the RCB batsmen struggled to hit boundaries and the KKR bowlers kept their batsmen under constant pressure. In the 12th over, leg-spinner Chakraborty sent Glenn Maxwell (10) and debutant Wanindu Hasaranga (00) to the pavilion off successive deliveries. In the entire innings of RCB, only eight fours were hit.

Also read: Big statement of Indian coach Ravi Shastri on T20 series, said – they should be reduced, not needed