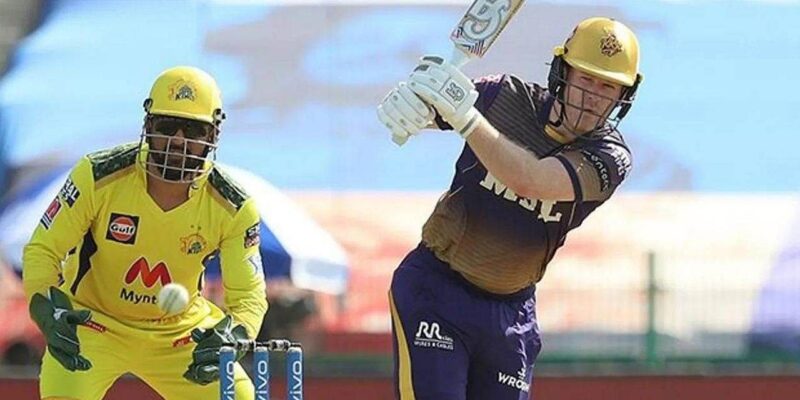 The final match of IPL 2021 is to be held between Chennai Super Kings and Kolkata Knight Riders. Chennai and Kolkata have geared up for this match to be held in Dubai. The players of both the teams are in color and the competition is expected to be intense. Well before this match, former England captain Michael Vaughan has claimed that Kolkata Knight Riders captain Eoin Morgan can keep himself out of the playing XI of the final.

Michael Vaughan said in a special conversation with Cricbuzz that he would not be surprised if captain Eoin Morgan does not put himself in the playing XI of the final. Eoin Morgan can give a chance to Andre Russell in his place. Russell has been out of the last five matches but now his injury has been cured and he is also practicing with batting and bowling.

Michael Vaughan said, ‘Kolkata will have to decide according to the pitch. Because KKR have played so far in Sharjah where their team is good according to the pitch. But there are different defeats in Dubai. If Andre Russell can bowl four overs, Shakib Al Hasan may have to sit out. But how far will it be right to sit out the left-arm spinner. By the way, Eoin Morgan can also keep himself out because he always takes decisions in the interest of the team.

The performance of the KKR captain has been very disappointing. He has been able to score 129 runs in 16 innings at an average of just 11.72. He could hit only 8 fours and 6 sixes in the entire season. In this season, he has returned to the pavilion on zero 4 times. Morgan is the only IPL captain who could not open the account four times in a season. This season, Morgan could not touch the double figure in 10 innings. No player has done such a shameful performance in IPL. It is clear that Morgan is not in good form and if he keeps himself out of the playing XI, then it will only benefit Kolkata. In Morgan’s absence, Dinesh Karthik can take over.

IPL 2021: R Ashwin is not fit to play T20, Indian cricketer said – I should never give place in the team

After all, how did such a big crisis of coal shortage come, Coal Minister Prahlad Joshi told the reason

Punjab Governor greets people on the eve of Dussehra, says this festival is a symbol of victory of good over evil