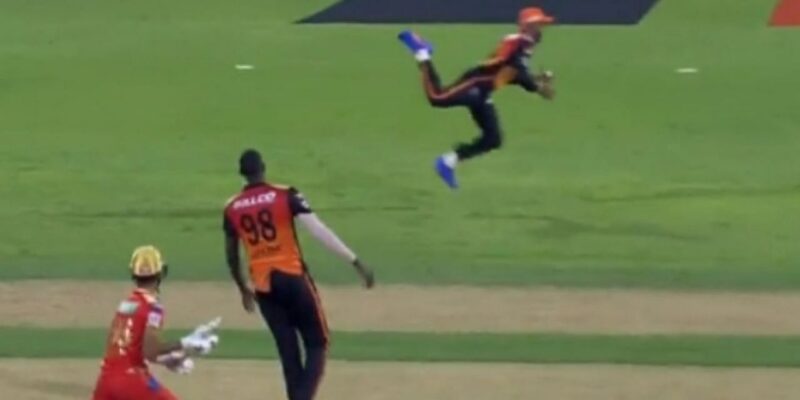 Jagdeesha Suchith of Sunrisers Hyderabad was not included in the playing XI of the match. He was fielded as a substitute fielder

The wait for Sunrisers Hyderabad, which is struggling for its second win in IPL 2021, continued even after the match against Punjab Kings on Sunday. Sunrisers Hyderabad lost this match by five runs. Hyderabad, captained by Kane Williamson, may have lost the match, but its players definitely won the hearts of the fans with their superb fielding.

Sunrisers Hyderabad team bowled first. During this, the team did wonders in fielding by its players. Jagdeesha Suchith (Jagdeesha Suchith) and bowler Sandeep Sharma, who were included in the team as a substitute fielder, took excellent catches, which made everyone their wish. Both these catches are being highly praised on social media. Along with this, the videos of the catch are also becoming quite viral.

In the 16th over of Punjab Kings’ innings, when Jason Holder bowled the fourth ball, then batsman Deepak Hooda hit. The ball reached Jagdisha Suchit, the fielder present at short cover. Suchit took a great catch with one hand by diving in the high speed air without delay. Suchit was not among the top-11 players, he had come on the field as a substitute fielder shortly before.

At the same time, before this, Sandeep Sharma also dismissed Punjab’s explosive batsman Nicholas Pooran by taking a brilliant catch. Pooran hit Sandeep Sharma for a long six. On the very next ball, he played another quick shot. Seeing the ball coming at high speed, it seemed that perhaps Sandeep would not try to catch it. However, he put his hand and the ball came straight into his hands and then went out. Sandeep again caught it. Due to catching the ball coming at high speed, he also got hurt in his hand and after taking the catch, he sat down holding the hand.

Batting first after losing the toss, Punjab scored 125 runs for the loss of seven wickets. In reply, Sunrisers team could score only 120 runs for the loss of seven wickets and lost the match. For Punjab, Ravi Vishnoi (24 runs) took three wickets and Mohammad Shami (14 runs) took two wickets. With this defeat, Hyderabad’s team reached the last place in the points table and was out of the race for the playoffs.