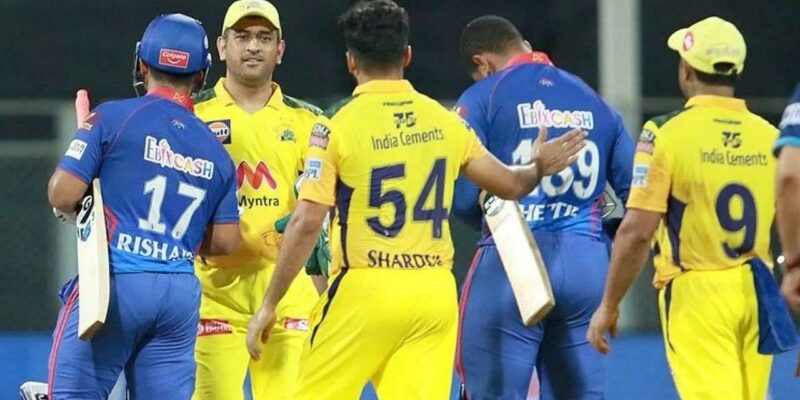 The first qualifier match of the season will be played between Delhi and Chennai. (Photo: IPL/BCCI)

The playoff exam has come in IPL 2021. The first match is between the top two teams of the season – Delhi Capitals vs Chennai Super Kings (DC vs CSK). The first qualifier match of the season will be played between the two teams on Sunday 10 October. The team that wins this match will directly make it to the final. At the same time, the losing team will still have a chance to claim for the final. Both the teams will try to achieve success in the very first try and for this it is very important for some players to walk from both the teams. There are many such players in Delhi and Chennai and out of these two players are such, whose collision will determine the basis of the outcome of this match.

This is the collision of Delhi’s young opener Prithvi Shaw and Chennai’s tremendous swing bowler Deepak Chahar. Both the players start the innings from their respective fronts and the effect of their performance in the powerplay decides the fate of Delhi and Chennai. Prithvi Shaw has been in tremendous form this season. Especially in the first part of India, he scored a lot of runs and thrashed the bowlers a lot. However, he could not be much successful in the UAE. At the same time, this season could not bring much success for Deepak Chahar, but still he kept taking wickets in the powerplay.

Such is the record of Chahar vs Shaw in IPL

Talking about the performance of both of them this season, but first it is necessary to look at the record of mutual competition between the two, which is the basis of the whole story. The figures that have come out of the collision between the two in the IPL are encouraging for Chennai and the team will be hoping for their repetition again.

In IPL, Prithvi Shaw has faced Deepak Chahar’s 56 balls, in which he has been able to score only 62 runs. That is, a strike rate of only 111. The cause of even more trouble is the wicket. Chahar has made Shaw his victim 6 times during this period.

Obviously Prithvi Shaw and Delhi Capitals would like that after coming this far, they can overcome this sharp bowler from Chennai in this big match. If you can’t improve your record much, then at least don’t give wickets.

Performance of both this season

Now talk about the performance of both in this season. Shaw has scored 401 runs in 13 innings at a strike rate of 157 and an average of 30, including 3 half-centuries. At the same time, only 13 wickets have come in Deepak Chahar’s account in 13 innings. Deepak, who generally proves to be quite economical, is giving runs this time at an expensive economy of 8.36. As far as this season is concerned, in the first match played in Mumbai, Prithvi Shaw scored 78 runs in just 38 balls while batting indiscriminately. In that match, Deepak’s bag remained empty and 36 runs were spent in 4 overs. At the same time, in the second match played in Dubai, Shaw could score only 18 runs in 12 balls and this time Deepak Chahar took his wicket, which was Deepak’s only wicket in the match.

Chanakya Niti: If you want to make the path of life easy, then remember these things of Acharya Chanakya