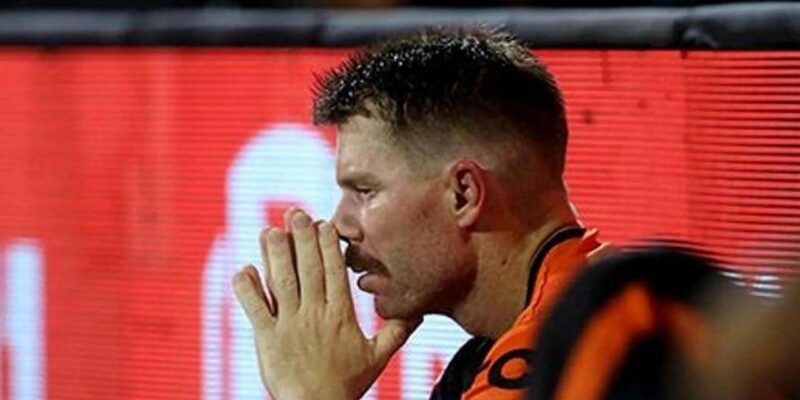 Sunrisers Hyderabad won the IPL in 2016 under the captaincy of David Warner.

IPL 2021 proved to be a very bad season for Sunrisers Hyderabad. The team could score only 6 points and finished last. Be it in India or UAE, the fate of the team could not change anywhere. The poor performance of the team continued from the first match and the captaincy was also changed to change the luck, but that too did not work. Australian legend David Warner, who has been captaining the team for the last several seasons, was removed from the captaincy in the middle and then dropped from the team and now this stalwart batsman has revealed that the team management did not even tell him. Told why the captaincy was taken away from him.

Warner was removed from the captaincy of the team in the first part of this season played in India. At that time the performance of the team was not good at all and victory was not destined. Warner himself was also not successful in performing very well. In such a situation, Warner, who made Hyderabad the champion in 2016, was replaced by New Zealand’s legendary captain Kane Williamson, but even this did not change the team’s fortunes and Hyderabad could get only 3 wins in the entire season.

Never been told why he was removed from captaincy: Warner

After Hyderabad’s season ended in the league stage and a sort of farewell from the team, Warner has revealed that he was never given the reason for his removal from the captaincy. Speaking to the Sports Today YouTube channel, the Australian legend said,

“What disappointed me was that I was not told why I was dropped from the captaincy. If you want to see form wise, it is a bit difficult because I think what you have done in the past should also have some weight. Especially when you have played 100 matches for the franchise.

Willing to play for Hyderabad

Talking about his performance, Warner said, “I think I had 4 bad games in the first 5 matches in Chennai. It is difficult, like swallowing a bitter medicine. There are still many such questions, which I think I will never get answers to, but you have to move on. I would love nothing more than to represent Hyderabad, but the decision lies in the hands of the owners.”

Warner got a chance in the first two matches in the UAE, where he was dismissed in the first over in both the innings. He did not get a place in the playing XI in any of the matches after that. He was not even allowed to come to the stadium in some matches and was forced to stay in the team hotel itself. There was a lot of criticism about this behavior of Hyderabad. There is only a formal announcement left for Warner and Hyderabad to part ways and in such a situation, before the new season, the eyes of many teams will be on this legendary batsman.

Britain: Boris Johnson government was careless in deciding on COVID-19 lockdown, thousands of lives lost due to delay