IPL 2021: Circle the calendar, IPL will start from this date and the final will be played on Dussehra! 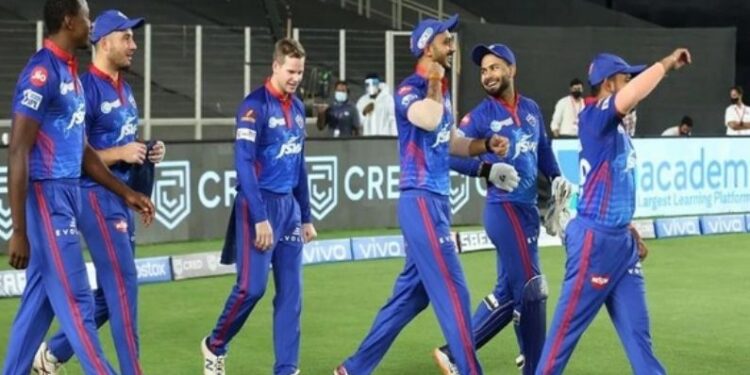 The BCCI had halted IPL 2021 midway on May 5 when the Corona case came to light. By that time 29 matches had been played. Now the remaining 31 matches will be held in UAE.

The second half of IPL 2021 is to be completed between September and October.

The waiting for the dates for the second half of IPL 2021 seems to be over. The Indian Cricket Board can start organizing the tournament in the UAE from 19 September and the final match is possible on 15 October. If Dussehra is also on this day, then there is a plan to hold the title competition on this day. News agency ANI has given this news. Quoting a BCCI official related to this matter, ANI has written that the talks between BCCI and Emirates Cricket Board regarding the conduct of IPL have been correct. The Indian board is confident that the tournament will be successfully completed in Dubai, Sharjah and Abu Dhabi.

The official told ANI, ‘The Emirates Cricket Board has given approval to conduct the tournament orally. After this, it was also approved in the meeting held last week. The first match of the second half of IPL will be played on 19 September and the final match will be played on 15 October. BCCI was focusing on getting the remaining matches done in 25 days’ time. On the question of foreign players joining the tournament, the official said that talks are going on and the board is expecting a positive outcome. “Talks have started and we expect most of the foreign players to be available,” he said. If two-three do not come from them, then we will take a further decision. But there is still hope and the rest of the tournament in UAE will be done with fanfare.

At the same time, IPL teams also hope that BCCI will bring foreign players to the tournament in talks with other boards. A franchise official said, “After the BCCI SGM, we came to know that the board is talking outside and inquiring about the availability of foreign players. We are confident that BCCI will come up with a better solution. Yes, we may be short of some foreign players. There is a need to pay attention to this. In such a situation, it should be expected that the players will come.

Earlier, on May 5, the BCCI had stopped IPL 2021 midway when Corona’s case surfaced. By that time 29 matches had been played. Now the remaining 31 matches will be held in UAE.