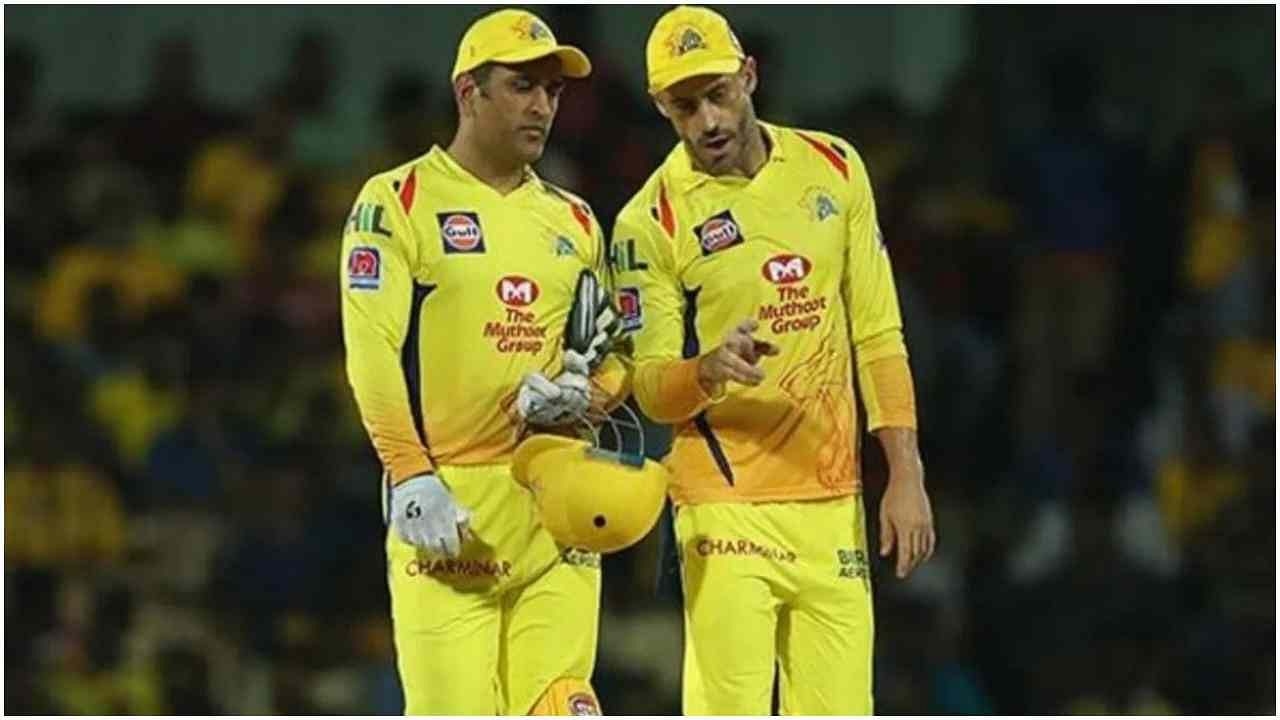 Faf du Plessis was injured before the quarter-final match of CPL 2021. There was a strain in his thigh muscles, due to which he has been out of the second match in a row.

The second phase of IPL 2021 is going to start. The very first match is of Dhoni’s team Chennai Super Kings. He has to face Mumbai Indians on 19 September. But before this match, a big problem seems to arise for Dhoni. The strings of Dhoni’s trouble are related to the ongoing CPL 2021 in the West Indies, where Faf du Plessis was not seen playing in an important match like semi-final for his team St. Lucia. He was out of the match due to a groin injury during the tournament. And now the suspense has arisen on his playing in the first match of the second phase of IPL 2021 as well.

Faf du Plessis suffered this injury before the quarter-final match of CPL 2021. There was a strain in his thigh muscles, due to which he had to be out of that match as well. Now the seriousness of his injury can be ascertained by being out of the second match in a row.

What a big blow if Faf du Plessis doesn’t play?

How bad news for Chennai Super Kings is the injury of Faf du Plessis, it can be gauged from these figures. Du Plessis was the highest run-scorer for CSK after the first phase of IPL 2021. He was one of the 3 big runners of IPL 2021 after the first phase. He was the third highest run scorer after Dhawan and Rahul. He played 7 matches in the first phase, in which he scored 320 runs. He also played an unbeaten innings of 95 runs. In the ongoing CPL in the West Indies, Du Plessis also appeared in excellent form before getting injured. He has also hit a century there. Apart from this, 2 brilliant half-centuries have also been played.

Who is the alternative in front of Dhoni?

In such a situation, if Faf du Plessis is not part of CSK in the first match against Mumbai Indians, then Dhoni’s confusion can increase. It will be a big question for him to find his option in the opening. Who will be the opening partner of Rituraj Gaikwad in CSK if Faf du Plessis does not play? The answer to this big question lies in its two players. One Robin Uthappa and the other Ambati Rayudu. Now it remains to be seen who Dhoni tries to support Rituraj when the situation arises.

Also read: These 2 teams will play the final of IPL 2021, Aakash Chopra’s prediction is a big news for Virat Kohli, read it and understand it

KBC: Akshay left the show after winning 6.50 lakhs, Akash Waghmare will play the game tomorrow too

A close friend of Rohit Sharma did wonders, eliminated Sri Lanka 3-0, was embarrassed at home