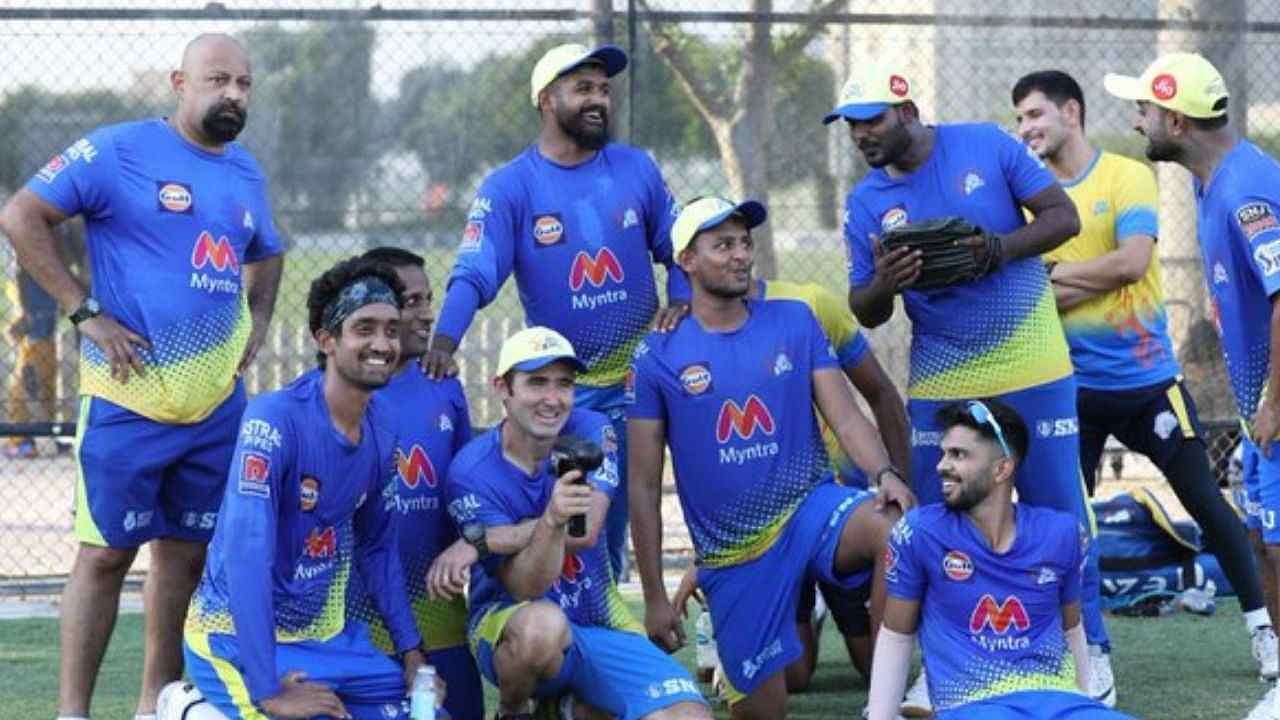 IPL 2021: The performance of Chennai Super Kings, captained by Mahendra Singh Dhoni, was good in the first half of IPL 2021. The team won five out of seven matches.

Chennai Super Kings had a good performance in the first half of IPL 2021.

The Chennai Super Kings team, captained by Mahendra Singh Dhoni, is currently in the UAE for the second half of IPL 2021. This team has to face Mumbai Indians first. These two most successful teams of IPL face on 19 September. But before this match, there is a shocking news of Chennai Super Kings. The team’s youth and star all-rounder Sam Curran will not be able to play in the first match. They have reached UAE late and are currently in quarantine. Sam Curran’s Quarantine will not end before 20-21. Due to this, he will not be available for the match to be held on 19 September. Sam Curran was recently part of the India-England Test series but this series was not played in the bio bubble. Because of this, all the players who were part of the series, who are playing in IPL 2021, are quarantining. But most of the players had already arrived and they would complete the quarantine by September 19.

Sam Curran has been with Chennai since IPL 2020. Since then he has been an important member of this team. In the last season, even though the condition of the team under Dhoni’s captaincy was bad, but Sam Curran caught everyone’s attention with his game. He did wonders with both bat and ball. In IPL 2020, he played 14 matches and took 13 wickets along with scoring 186 runs. He was also tried in the top order. After this, in the first half of IPL 2021 too, this player showed a good game. He scored 52 runs in seven matches but did not get much time for batting. In such a situation, his parts came only in cameos and in these he scored runs at a strike rate of 208. Along with this, nine wickets were taken in the bowling.

Sam Curran has been a part of IPL since 2019

Sam Karan entered the IPL from the 2019 season. He was joined by Punjab Kings in a hefty bid of Rs 7.2 crores. Then in his very first season, Sam Curran took a total of 10 wickets along with a hat-trick. But Punjab released him. In the IPL 2020 auction, Chennai bet on this young man and took it with him for Rs 5.5 crore.

read this also: Former England captain will have to leave his first class team after 18 years! a quarrel caused a mess

Big announcement for auto sector, 26 thousand crores will be available under PLI scheme, there will be flood of investment and employment will be abundant

Gold Silver Rate Today: This change happened in gold for the first time in this week, check the new rates immediately