Interview: Every boxer in India has strength, will not fall less than anyone in Tokyo, High Performance director said – we are ready 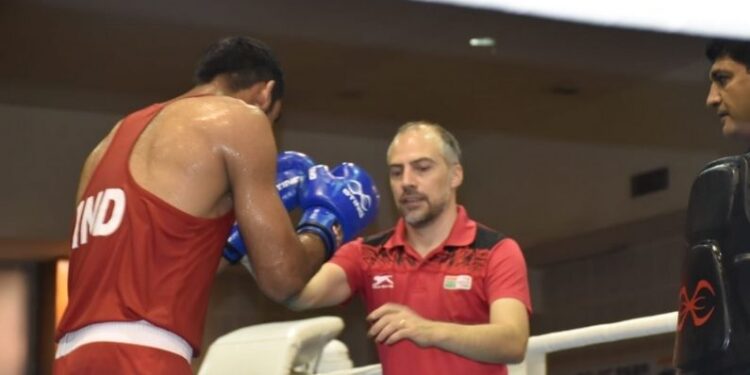 India did not win a medal in boxing in the last Olympic Games held in Rio, but this time in Tokyo, there are more medal expectations from the country’s boxers.

Vijender Singh created history by giving India a bronze medal in boxing at the Beijing Olympics-2008. He became the first boxer from the country to win a medal in the Olympics. Her practice was carried forward by the legendary female boxer Mary Kom and four years later she won bronze in the London Olympics-2012. But in 2016 Indian boxers could not win medals. Now nine boxers (women and men) of India are going to participate in the Tokyo Olympics-2021 and it is expected that this time India will get a medal in boxing. There is also a reason for this. That is the great performance of the boxers of India in recent times. The team’s High Performance Director Santiago Nieva also says that the Indian boxer has improved his game tremendously and the results testify to it and hence he has the ability to beat boxers of any level in the Olympics.

Mary Kom and Panghal are being seen among the big contenders for the medal from India. When Santiago was asked about the medal prospects of these two, he told NewsNCR, “Many players are medal contenders, yes Mary Kom and Amit Panghal have the highest expectations. Those people have come fully prepared. Mary has a lot of experience. Amit has continuously improved over the years. He is a better and all-round boxer today than before. He has won a medal at the World Championships. He is a strong player in his weight category.”

Who will be hiding Rustom?

Santiago has said that every Indian boxer who lands in Tokyo has the potential to win a medal. When Santiago was asked who could prove to be a hidden principle in his eyes, he said, “It is very difficult to tell who can prove to be a hidden Rustom, because every one of our boxers has the potential to win a medal. He has the power to beat world class boxers and he has told this in many tournaments. Haman has beaten the favorite boxers in many tournaments. I will not be able to name any one. Every boxer in this team has the power to beat the top class players.”

Indian boxers have become better in every way

Santiago was associated with the team in 2017 and since then India has earned a lot of success. From World Championships to Asian Championships, Indian boxers have won medals in Asian Games. Regarding the change in Indian boxers compared to 2017, Santiago said, “They were good in 2017 and now their level has improved a lot. Our results have improved. Now our boxers have got a lot of experience and they have become much more mature than before, physically, mentally, strategically, technically. Their results testify to this and hopefully we will bring good results in the Olympics as well. The biggest difference is that our boxers have become very experienced. His level is very high. Have become more confident than before.”

World championships or any other tournaments are very different from Olympics. Here the pressure is also high and the competition is also very tough. Will there be more pressure on the players in the Olympics? When asked about this, Santiago said, “There is definitely additional pressure but it will be for everyone, on our opponents as well. We have some boxers who have played in Olympics like Mary Kom. She has won a medal in the Olympics. Rest of our players have also won medals in big tournaments. We have come well prepared and we have the ability to deal with this pressure.”

He said, “We know that the Olympics are very difficult. Seeding here is very difficult. Every match here is close, so we will need a little luck too, but we have to take things into our own hands, only then will something happen and do what we know to do in the ring.”