India’s ‘Hockey Village’ will get a gift, now India’s future will not be lost in dust 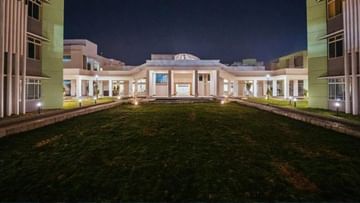 Birsa Munda Stadium was built in Rourkela for the Hockey World Cup. A new ground is also going to be built in India’s ‘Hockey Village’, 100 km away from here.

Hockey is the most popular sport in Sonmara village of Sundergarh.

Children playing hockey with gusto even without facilities on dusty grounds, pictures of past and present hockey stars and slogans like Chak De India plastered on the surrounding walls. The village which has such a view, it would not be an exaggeration to call it the hockey village of India. A village that gave India two Olympians, two captains. A village where only and only hockey is discussed. Where every child wants to play hockey. This village is now going to get a new identity.

indian hockey About 2,000 tribal families reside in Sonamara village of Sundargarh district of Odisha, which is a stronghold of Every evening around a hundred children can be seen playing hockey on the dusty ground. Hockey is not a sport for him but a passion and he dreams of becoming Dilip Tirkey or Amit Rohidas of the future. Apart from former India captain and current Hockey India president Dilip Tirkey, Amit Rohidas, Dipsan Tirkey and former women’s team captain Subhadra Pradhan have come from this village, located 100 kilometers away from the Birsa Munda Stadium in Rourkela, the world’s largest hockey ground. Now this village is going to get a new ground of Astro Turf.

These children, who learned hockey by playing with bamboo sticks, will now be able to play on AstroTurf. An artificial pitch will be laid next month in this village which has given many big stars including Dilip Tirkey to Indian hockey. Tirkey, who has played 421 international matches for India, said, when I was young, there was no hockey ground in my village. Wherever there was space, we would have played. But now astro turf is going to be installed in my village. He said, I am very happy for the children of my village. I am also proud of my village’s contribution to Indian hockey.

Four crore rupees will be spent

The artificial pitch to be laid here will be filled with sand, which costs less. Astro-turf for international matches costs around Rs 4 crore, but its cost is less. The Odisha government has started the work of laying artificial turf in all the 17 blocks of Sundergarh district. Aman Tirkey, a Class 7 student of a government school, said, “Hockey is our life. It’s in our blood and we play hockey everyday. I also want to grow up and play for India like Dilip Tirkey or Amit Rohidas.