India’s ‘fastest bowler’ made his debut against England, took 7 wickets to win 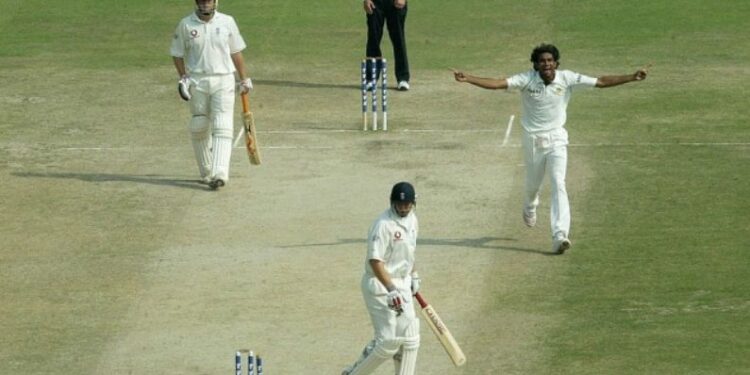 Even before this bowler could play first-class cricket, there was a wind of his being the fastest bowler in Indian cricket. A lot was written about him in the media.

Munaf Patel started his career with the 2006 Mohali Test against England.

Till about 10 years ago, there was a lot of attraction about fast bowlers in Indian cricket. In India, there were mostly medium pacers, in such a situation, if someone bowled a fast ball ie at a speed of 140 to 145 kilometers per hour, then it would have become different. After stepping into the 21st century, many such bowlers started coming to India. But there was a bowler who even before playing first-class cricket, became the wind of his being the fastest bowler in Indian cricket. A lot was written about him in the media. Later this bowler also started as a fast bowler but due to injuries, he had to give up the fascination for speed. But then the ability of this bowler was not affected badly. We are talking about Ikhar Express Munaf Patel. Today is his birthday.

Born in Ikhar village of Bharuch, Gujarat, Munaf Patel’s career was hampered by injuries. But even while fighting with them, this player proved his talent. Munaf Patel made his Test debut in 2006 against England. He took seven wickets in this match played in Mohali. This is one of the best performances by an Indian fast bowler in his debut Test. He took three wickets for 72 runs in the first innings. Kevin Pietersen, Andrew Flitoff and Liam Plunkett were his victims. Then in the second innings, Munaf took four wickets for 25 runs and made a significant contribution to bundle England for 181 runs. He took the wickets of Alastair Cook, Geraint Johns, Liam Plunkett and Matthew Hoggard in the second innings. India won the match by nine wickets and Munaf was one of the main stars of this success.

Profit reached Team India while playing in the fields

Before stepping into international cricket, Munaf Patel became a fast bowler by playing in the fields. Once Kiran More saw him in the nets, Munaf was sent to MRF Pace Foundation in Chennai. Here he learned new bowling tricks from TA Shekhar and Dennis Lillee. While staying here, there were reports of him being the fastest bowler of Indian cricket. In such a situation, there was a competition in the teams to connect them with them. Both Gujarat and Baroda wanted to take him but Munaf chose Mumbai. Because Sachin Tendulkar showed interest in him and had talked for him in Mumbai cricket. However, the injuries bothered Munaf a lot.

Munaf is also the hero of 2011 World Cup victory

Munaf Patel is one of the heroes of India’s World Cup victory in 2011. He took 11 wickets in this tournament and was third behind Zaheer Khan and Yuvraj Singh in taking the most wickets for India. His contribution gets less attention. But then India’s bowling coach Eric Simmons called Munaf the unsung hero of India’s World Cup victory. Munaf took 35 in 13 Tests, 86 in 70 ODIs and four wickets in three T20Is. After the year 2011, he was out of Team India and could not return again.

read this also: This Indian batsman made Pakistan a toy, scored 569 runs in 4 matches, next called Sunil Gavaskar then…