Indian shooting team gets entry in Tokyo Olympics sports village, relief from the hassle of quarantine 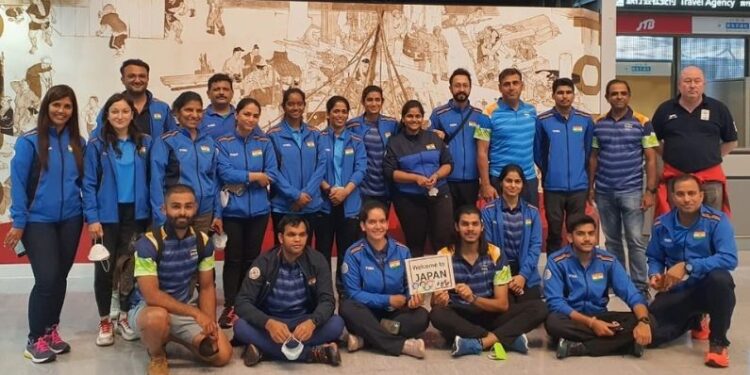 The Indian shooting team will start its campaign in Tokyo from July 24. This time 15 shooters are making their claim in 10 events of shooting from India.

There is good news for the Indian Shooting Team, which has been training in Europe for the past few weeks in preparation for the Tokyo Olympics 2020. The Indian team was in Croatia for several days and the Indian team has got the benefit of staying here. Not only did he get enough time and competition for training, but now even reaching Tokyo, he has benefited from it. Indian shooters have got direct entry into the Olympic Games Village after reaching Tokyo and will not have to live in isolation. That is, they will be able to start their training. The reason for this is that the Indian team has directly reached Tokyo from Croatia’s capital Zagreb.

The National Rifle Association of India (NRAI) said that the Indian shooters were taken straight to the Olympic Games Village on their arrival in Tokyo, where they were handed over to their rooms. With this, Indian players will be able to start their training from Monday, June 19. All of them reached Tokyo on the morning of Saturday 17 July and from there went to the Olympic Games Village. Players of other sports of India are going from home and they will have to stay in isolation for three days upon arrival in Tokyo.

Will visit shooting range on Monday

In this way, the Indian shooting team will get time to practice directly instead of spending time in quarantine. Explaining this, NRAI Secretary Rajiv Bhatia told news agency PTI, “They have been allotted rooms in the sports village and they will start practice from July 19. They do not need to be quarantined or isolated as they have arrived there from Croatia. They are tired after a long flight from Europe. They will start practicing only after taking adequate rest.”

Bhatia also said that all the formalities were completed smoothly at Tokyo’s Narita airport and the shooting team did not face any problem. Indian players will start their training from Monday 19th July and can visit the shooting range prepared for the competition on the same day. Shooting events will take place at the Asaka Shooting Range in Saitama, northwest of Tokyo. It was here that the shooting competition was also held in the 1964 Olympics.

Also read: Behind the success of Saajan Prakash is the unbroken struggle of a single mother, to meet the child, it was okay to puncture many times