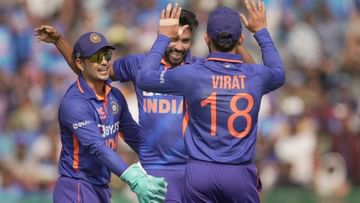 The 28-year-old Babar has been rewarded for scoring 679 runs in ODIs last year at an average of over 87. He has been chosen by the ICC as the captain of his team.

The highest command of cricket ICC has announced the best ODI team of the year. 11 players have been selected on the basis of their overall performance in a calendar year. 11 players from 7 countries have got a place in the ICC’s selected best ODI team of the year. But the surprising thing is that there is not a single player from the ODI World Champion team. There itself India It is included in those countries from where the maximum number of cricketers have been selected.

ICC has handed over the command of its ODI team to Pakistan captain Babar Azam. Meaning he has made Babar the captain of his team. Babar Azam is the only player from Pakistan selected in the best ODI team. The 28-year-old Babar has been rewarded for scoring 679 runs in ODIs last year at an average of over 87.

However, even though the ICC has handed over the captaincy to Babar Azam. But he has selected more players in the team than India. India has twice as many players as Pakistan in the ICC ODI team. Means the highest body of cricket has selected 2 players of India in their team.

2-2 players selected from these countries

Like India, ICC has also selected 2-2 players from Australia, New Zealand and West Indies. Travis Head and Adam Zampa have got a place from Australia. Wicketkeepers from New Zealand are Tom Latham and Trent Boult, while the names of Shai Hope and Alzarri Joseph from the West Indies are included.

At the same time, like Pakistan, 1-1 players from Zimbabwe and Bangladesh have got place. Sikandar Raza from Zimbabwe has confirmed his place. Whereas, Mehdi Hasan has got a chance from Bangladesh.

Although. The surprising thing among all this is that the ICC has not given a place in its team to any player of the current world champion England.