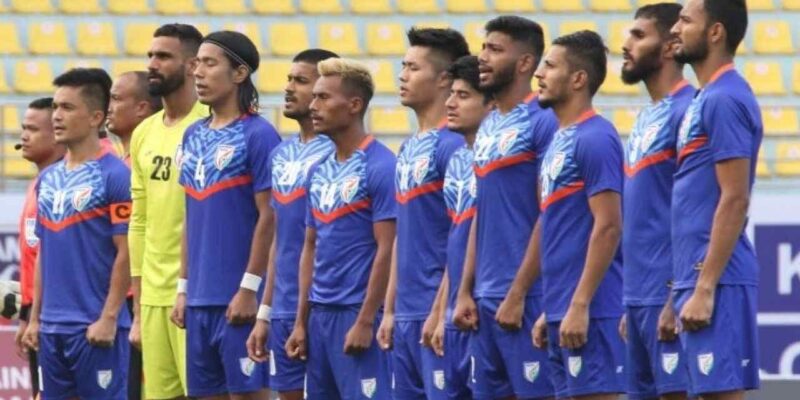 The recent performance of the Indian men’s football team has been bleak.

There has been a decline in the performance of the Indian Men’s Football Team in recent times. Barring a goal win over Nepal on Sunday in the ongoing SAF Championship 2021, India’s performance in the tournament has been disappointing and the team has also failed to register wins against countries against which they have dominated in the past. had made. India have won the tournament a record seven times but are on the verge of an early exit from the tournament after two consecutive draws against lower-ranked Bangladesh and Sri Lanka. The team’s struggle to stay in the regional tournament shows the direction in which it is headed. But what if the win against Nepal doesn’t come, if Sunil Chhetri doesn’t score in the 82nd minute?

It is true that a solid youth development program and a competitive league structure are also essential for the overall development of the sport, apart from the performance of the national team. The men’s team’s poor performance in the ongoing SAIF tournament in Maldives has brought the senior team and its head coach Igor Stimac under scrutiny. Before officials take any decision to get the team out of the current situation, it is important to adopt a strategy of looking at the grassroots rather than looking at the top and remembering the findings of former head coach Bob Houghton. The All India Football Federation (AIFF) appears to be failing at the top of its attention-seeking approach, including claiming and organizing the tournaments of the global governing body FIFA. This attitude does not seem to bring any improvement in the national team’s level in the country.

The game is deteriorating between the claim of big tournament

This attitude was never expected to improve. Conversely, the performance of the national team has declined since the administrators focused on bidding for and organizing major tournaments on a priority basis. Apart from FIFA and South Asian football, Shaji Prabhakaran, who has worked for the AIFF for years, also agrees. He said, ‘Youth development and only youth development is the way forward. A top-notch approach just won’t work, it only helps to generate enthusiasm. Priority should be given to youth development.

Shaji, the head of Football Delhi, the governing body of football in the national capital, appealed to the AIFF to go together with all the people. Now everything happens at the central level and the state units are getting weaker. He said, ‘It was not like this 10 years ago, states used to be a part of the whole process. Without the resources we were doing better earlier because we used to work in unison, now there is no teamwork, no meetings and talks on the development of football.

Countries with less resources are moving ahead than India

Teams in the world have improved a lot with far less resources and infrastructure than India. An example of this is Vietnam, which is currently playing in the third round of the 2022 FIFA World Cup qualifiers, while Syria moved closer to qualifying for the World Cup in Russia a few years ago. At the Asian level, South Korea, Japan, Iran and even Iraq have come a long way, while India has lagged behind the best teams of the continent. A few years ago the story was different. Under Houghton’s guidance, the team won three tournaments, defeating respected teams such as Syria and Lebanon. The team also managed to qualify for the AFC Asian Cup after 24 years.

Under the guidance of Stephen Constantine, the team had a record unbeaten campaign and the team was successful in making it to the Asian Cup. After this the performance declined. Constantine’s successor Stimac has faced criticism in recent times for his attitude towards not delivering results. In 2011, two years after being dropped from the team, an angry Houghton remarked, “You can take the coach and bring in Gus Hiddink or Jose Mourinho and still you’ll be a 140 (ranked) team (at the time). ranking).’

Haryana: Brother murdered 12 days before sister’s wedding, ax hit in the neck of a young man who came asking for Rs 2500 for daily wage