Indian coach Ravi Shastri gave this suggestion regarding the future of WTC, said- this is how the winner should be decided 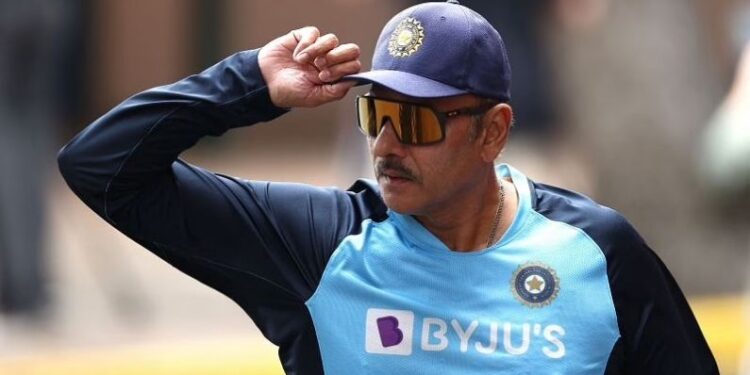 Team India will leave for Britain early on Thursday for a long tour of England. After the final of the Test Championship, the team will play five matches against England from August 4.

After working hard for two years, the Test teams of India and New Zealand have reached the finals of the first edition of the ICC World Test Championship. Both these teams will fight for the title in Southampton from June 18 to 22. Before this final, however, the head coach of the Indian team Ravi Shastri has given a suggestion for the future of the championship. The coach believes that a best of three match should be held to decide the winner of this championship in future.

Team India will leave for Britain in the early hours of Thursday for a long tour of England. After the final of the Test Championship, the team will play five matches against England from August 4. Shastri said in a pre-departure press conference on Wednesday, “I think a ‘best of three’ final would be ideal in future if they want to adopt this Test Championship. A three-match series to conclude two and a half years of cricket.

ftp has to end

Shastri has said that for this FTP will have to be ended and then started again. “But they need to end the Future Tour Program (FTP) and start all over again. That’s why the players have earned the right to play in it for the only Test and this is not a team that has become an overnight brilliance. ”

The Indian team is leaving for Britain after a 14-day quarantine while New Zealand have already got vital practice as they play a two-match series against England. Shastri said that the WTC final is a big match. The Indian coach said, “Look, this is the first time you will see the final of the Test Championship. When you look at the importance of this match, I think it is not big but very big because it is a difficult format of the game. ”

“It is a format that tests you. It didn’t happen in three days or three months, but it has happened over two years in which teams have played against each other around the world and they have earned the right to play the final, so this is a very important match. ”