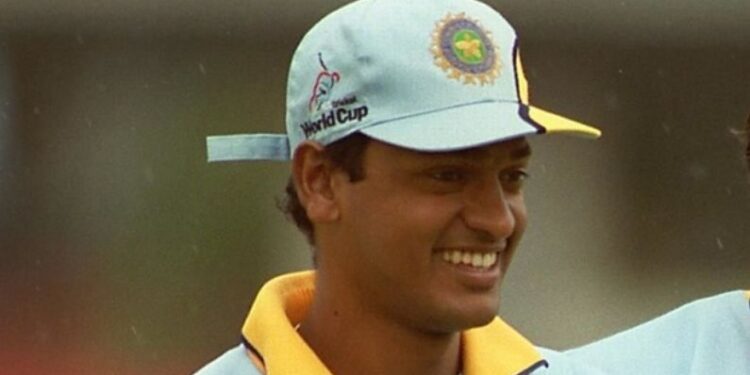 In the debut match against Sri Lanka, this Indian bowler made a splash and sent four batsmen one after the other to the pavilion. A stormy start to such a career.

Debashish Mohanty has played both Tests and ODIs for India.

Do you know that there is an Indian bowler whose bowling action has been used as the logo of a World Cup? Let us give a hint, today is his birthday. If you do not recognize it, then it does not matter, we tell. This player is Debashish Mohanty. He used to play for Odisha in domestic cricket. Odisha is counted among the weak teams, yet Debashish Mohanty not only made a mark with his game but also played for India at the international level. He played close to 50 matches for India. In the 1999 World Cup, he was the highest wicket-taker for India after Javagal Srinath. In this World Cup, his bowling action was made a logo.

Debashish was born on 20 July 1976 in Bhubaneswar. After playing only one season for Odisha, he came to Team India. He made his debut against Sri Lanka. In the very first innings of this Test played in 1997, Debashish Mohanty made a splash by taking four wickets. Despite this, he got to play the second Test match three months later. Unfortunately, that proved to be the last test of his career. He played this test against Sri Lanka in Mohali. However, he could not take wickets. In such a situation, he was dropped from the team and never got called again. It is said that Mohanty’s swing bowling was not according to the pitches of India in Tests. If he had got to play in countries like England or New Zealand, he could have been successful.

Mohanty was successful in ODIs other than Tests. Here he played 45 matches and took 57 wickets. His best performance was four wickets for 56 runs. He made his ODI debut in 1997 against Pakistan in the Sahara Cup in Toronto. In this tournament he played six matches and took eight wickets. During this, he took three wickets in the second match and played an important role in India’s victory. He had troubled Pakistan opener Saeed Anwar a lot during the tournament. Due to this, Anwar had asked Sachin Tendulkar about Mohanty’s bowling.

Mohanty again played in the 1999 World Cup. Took 10 wickets in six matches here. He was the second wicket-taker for India after Javagal Srinath (12), while Mohanty played two matches less than Srinath. After the World Cup, Mohanty kept going in and out of Team India. Then in 2001, he played the last ODI for India. He was 25 years old when he was out of the team.