India will win over New Zealand 800 km away! Know the complete schedule of ODI series 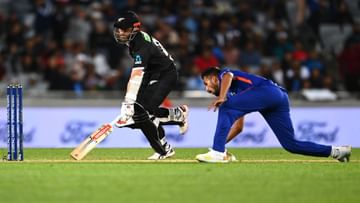 India has an edge over New Zealand in ODI cricket. At home, India’s record against New Zealand is even stronger.

India’s eye on equalizing the account of the previous defeat

3 ODI series will be played between India and New Zealand from 18 January. The first match of the series will be played in Hyderabad. The last time the ODI series between the two teams was played in November. New Zealand hosted and also captured the series 1-0. India has a great chance to equalize the account of the previous defeat and its record at home is even more wonderful. Not only this, the team is also on the way to victory. In the past, he did a clean sweep of Sri Lanka.

New Zealand is the target of the Indian team led by Rohit Sharma. Its effort will be to start with a win in Hyderabad and capture the series in Raipur, about 800 km away from it. The second ODI will be played in Raipur.

Get set for the ODI Series against India starting on Wednesday with skipper Tom Latham. #INDvNZ pic.twitter.com/ej7O1A4Z1B

India has the upper hand

After clinching the series in Raipur, the Rohit Sharma-led team will be eyeing a clean sweep over New Zealand in Indore, about 800 km away. Talking about the record of both the teams in ODI cricket, both have faced each other 113 times in this format. Where India is ahead by 55-50. One match was tied and 7 matches could not result.

Get the latest from @glenndominic159 in Hyderabad ahead of Wednesday’s first ODI against India. #PAKvNZ #INDvNZ pic.twitter.com/Q04LyJiT8C

India’s home record against New Zealand is even better. India lead 26-8 at home. From the year 2000 till now, New Zealand has been able to beat India at its home in ODI cricket only 4 times. In the last 5 ODIs played between the two in India, New Zealand won only twice. New Zealand had won in 2016 and 2017.