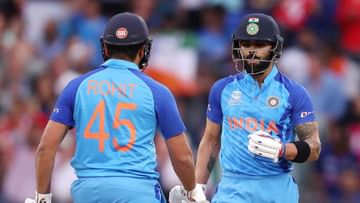 BCCI has announced the schedule of India’s home series against Sri Lanka, New Zealand and Australia.

The next 3 months of the Indian team are going to be completely busy.

The Indian team is currently on a tour of Bangladesh. After the end of this tour, the Indian team will play 19 matches at home. These 19 matches will be played before the start of IPL. India’s schedule is completely full next month. India will first host Sri Lanka, then New Zealand and Australia. The team will play a series of 3 T20 and 3 ODIs at their home ground against Sri Lanka next month.

After facing Sri Lanka’s challenge, India will play 3 ODIs and as many T20 matches against New Zealand. After this, India will play 4 Tests and then 3 ODIs series with Australia in February.

Test and ODI series against Australia

Raipur also got a chance to host

The grounds of Mumbai, Pune, Rajkot, Guwahati, Kolkata, Hyderabad, Ranchi, Ahmedabad, Nagpur, Delhi, Dharamshala, Chennai are ready once again to host 19 matches. At the same time, Raipur has also geared up, which will host the second ODI between India and New Zealand. Raipur will host an international match for the first time.