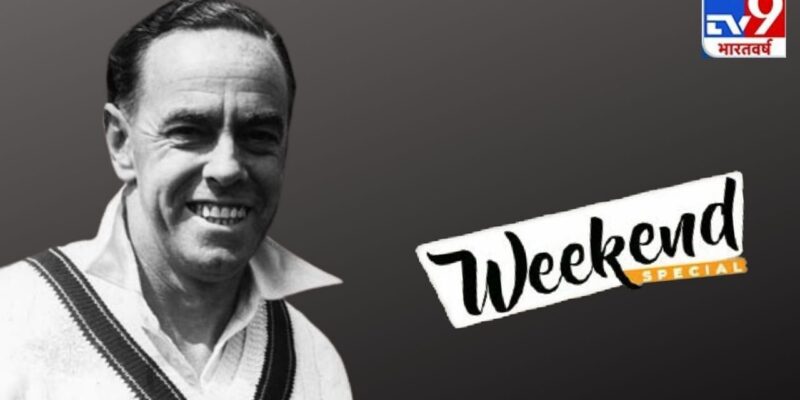 The captain has always been important in the world of cricket. In every match, the captain of the team has a big responsibility – to make the team win. And save the team from defeat even if it doesn’t win, which is very common in Test cricket. Obviously this is not always possible and winning and losing is involved in matters of sports. Still, there are some defeats, which become the identity of a team or a captain forever. However, no matter how high the achievements of that captain or the tremendous performance he himself has been performing as a player, he is also dragged under the ambit of criticism or praise under his captaincy. There was a similar situation – Ian Johnson, former Australian Test cricketer and captain.

Today is the death anniversary of former Australian Test cricketer Ian Johnson. He died on 9 October 1998. Johnson was one of the key players of the early post-World War II Australian cricket team. Johnson, a right-arm off-break spinner and useful lower-order batsman, made his Australian debut in 1946 in the Wellington Test against New Zealand. However, in the first two Test matches against New Zealand and England, he did not get a chance to bowl. Then when he got the opportunity for the first time against England in the Sydney Test, he made a great start in the first innings by taking 8 wickets including 6 wickets.

Despite his modest success in the beginning, he continued to find a place in the Australian team and was part of the ‘Invincible’ team captained by Don Bradman in 1948, which did not lose a single match, including Test and Tour matches, on the tour of England. . However, personally for Johnson, this tour was not very good in terms of performance in the Test series. He took only 7 wickets in 4 matches. However, after about a year and a half, he was again called in the team at the end of 1949 and took 19 Test wickets on the tour of South Africa.

Return to team after 2 years, captaincy and Ashes

After 1952, Johnson was dropped from the team and returned in 1954, in which he became the captain of the Test team directly. There was a lot of controversy about this, because Keith Miller, who was more experienced and better cricketer, was being considered as a contender. However, Johnson was made the captain and the first assignment was the Ashes series against England at home. His captaincy started well and he won the first Test in Brisbane, but after that the situation changed and England won the series 3-1.

However, soon after that he got success on the West Indies tour. Under his captaincy, the team won the 5-match series 3-0. However, as a bowler, he could take only 14 wickets. Despite this success, a sword was hanging around his neck. Then in 1956, the Australian team went on a tour of England to regain the Ashes and once again Australia had to face it. England retained their possession of the Ashes with a 2-1 win.

The captain who lost the Ashes got infamy

Returning home from this tour, the Australian team entered the Asian subcontinent. He had to face defeat in his very first Test against Pakistan, but after coming to India from there, he tasted success. In the three-match series here, Australia won 2-0. This victory marked a successful end to his tour. Despite this, he had to face a lot of criticism on his return to Australia and despite a better record in overall captaincy, he became the captain of the captain who lost two Ashes in a row. Under his captaincy, Australia won 7 Tests, lost 5, while 5 were drawn.

Such was the career of Ian Johnson

The victory in India proved to be the last series of Johnson’s career. He was dropped from the team due to poor form and then retired at the age of 39. Johnson played a total of 45 Test matches for Australia, in which he took 109 wickets at an average of 29, while 1000 runs also came off his bat. He took a total of 619 wickets in his first class career.

Also read: For the first time in the history of IPL, such an amazing thing happened, SRH fielder created a unique record

Woman found a 4-carat yellow diamond in the park, the price will be surprised – read full news

Will the US recognize ‘Taliban rule’? The first face-to-face meeting between the US and the Taliban will be held