India beat England at Lord’s, won by six, the English captain had to sacrifice 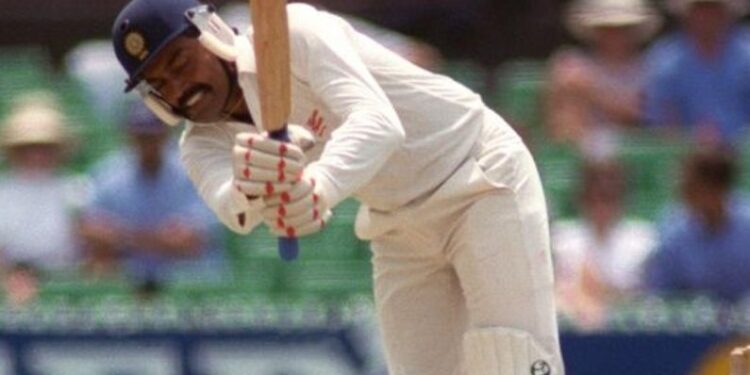 It was India’s first win at Lord’s after 11 tries. Every time before this there was disappointment against England.

Indian team is currently on tour of England. He has to play a five-Test series against the host country. On this tour, Team India, captained by Virat Kohli, can take a lesson from a match that took place 35 years ago and can beat the British. This match was played in 1986 at Lord’s ground. In this, India defeated the hosts by five wickets. It was India’s first win at Lord’s after 11 tries. Before this every time there was disappointment. But in 1986, due to Dilip Vengsarkar’s century and Kapil Dev’s important contribution in bowling and batting, he conquered the Lord’s ground, which is called the Mecca of India cricket. India’s victory had done a big loss to England captain David Gower. His captaincy was taken away from him. So know the full story of this match.

India captain Kapil Dev won the toss and elected to bowl first. The brilliant bowling of Chetan Sharma (5 wickets), Roger Binny (3 wickets) did not allow the British to play freely. Openers Graham Gooch (114) and Derek Pringle (63) certainly played big innings but the team was reduced to 294 runs. Only four English batsmen could cross the double figure. In response, India’s top order batted well. Sunil Gavaskar (34) and Kris Srikkanth (20) gave a modest start. After this, Mohinder Amarnath, who came at number three, played an innings of 69 runs and added 59 runs with Gavaskar for the second wicket. Both Gavaskar and Srikanth were dismissed by Graham Dilly.

Dilip Vengsarkar and Amarnath were at the crease after two wickets fell for 90 runs. Both dashed the hopes of the return of the English bowlers. There was a partnership of 71 runs for the third wicket between the two. Amarnath was dismissed for 69 on the score of 161 runs. After this Mohammad Azharuddin played an innings of 33 runs. His wicket fell on the score of 232 runs. After this, India’s lower middle order faltered. Ravi Shastri (1), Roger Binny (9), Kapil Dev (1) and Chetan Sharma (2) went on scoring runs. Due to this India’s score became 264 runs for eight wickets. However, Vengsarkar was frozen at one end. But the wickets kept falling from the other side. In such a situation, Kiran More, who landed at number 10, played an important innings of 25 runs and helped India take the lead over England.

Vengsarkar scored a hat-trick of centuries at Lord’s

In the end, India were dismissed for 341 runs in the first innings. Vengsarkar remained unbeaten on 126. This was his third century at Lord’s. He was the first batsman to score centuries in three consecutive Lord’s Tests. India got a lead of 47 runs on the basis of first innings. England’s condition remained bad in the second innings as well. This time the magic of Kapil Dev’s balls was seen. He took four wickets for 52 runs and Maninder Singh took three wickets for nine runs. Due to this, England were reduced to 180 runs in the second innings. Mike Ganting scored 40 runs for him. India got a target of 134 runs to win. India’s top order slipped in front of a small target. Srikkanth (0), Amarnath (8), Azhar (14) and Gavaskar (22) were dismissed after scoring runs. Due to this India’s score became 78 for four wickets. Vengsarkar, who scored a century in the first innings, also went on scoring 33 runs.

In this way half the team got out for 110 runs and India was in trouble. In such a situation, Kapil Dev came to the crease. He blew 23 runs in just 10 balls. Then hit a six and gave India the first Test victory at Lord’s. Ravi Shastri remained unbeaten on 20 runs. After the defeat in this Test, the England board took away the captaincy from David Gower.

read this also: Hitting 73 runs while making his debut at the age of 16, then the terrorists stopped this player from batting!