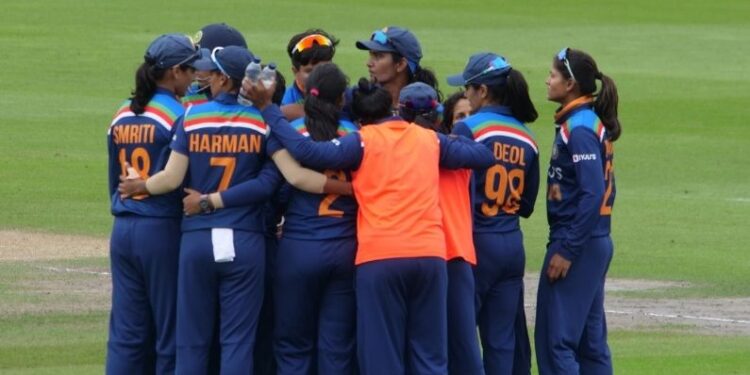 The Indian team, which lost the ODI series, has retained the match in the T20 series and the series will now be decided in the third T20 match.

Harleen Deol and Harmanpreet Kaur’s best catches in the first T20 match, then tremendous run outs that changed the course of the match in the second T20. The result of good fielding in two consecutive matches was finally found by the Indian Women’s Cricket Team. In the second match of the T20 series against England, India won the series by 8 runs to level the series 1-1. In response to the target of 149 runs from India, the England team could only score 140 runs in 20 overs. This victory is very special for Team India, because for the first time since 2006, it has defeated England in 20 matches in England itself.

In the first match of the series, the Indian team had to face defeat due to the Duckworth-Lewis rule. The only good aspect for Team India in that match was the fielding of the team. From ground fielding to taking the catch, the Indian players did not make any mistake. The same performance was continued in the second T20 as well and this time instead of a surprise catch, he won by running out of bulk.

Shefali-Smriti’s quick start, but missed out on a big score

In the second T20 match held in Hove, England, the Indian team came out to bat after losing the toss. Young opener Shefali Verma, who was dismissed in the first over in the last match, did not make any mistake this time and gave the team a tremendous start. Shefali and Smriti Mandhana put on a strong partnership of 70 runs for the first wicket itself. During this, Shefali’s aggressive style blew England’s senses.

Especially on fast bowler Katherine Brunt, Shefali broke down. In one over of Brunt, Shefali hit 5 consecutive fours. Freya Davis broke this partnership by dismissing Smriti Mandhana (20). However, Shefali was also out immediately. Once again Shefali missed coming close to the half-century. Shefali scored 8 fours and 1 six in her innings of 48 runs in 38 balls. He was dismissed by Maddie Villiers.

After a good start, captain Harmanpreet Kaur, who came to bat at number three, tried to leave behind the poor form and hit some excellent shots. With the help of Harman’s aggressive game, India quickly crossed 100 runs. However, she kept going after scoring 31 runs in 25 balls. He hit 2 fours and 2 sixes. From here the Indian team lost its way and failed to make a big score. In 20 overs, India scored 148 runs for the loss of 4 wickets.

In reply, England started poorly and Arundhati Reddy gave the first blow by getting the wicket of Danny Wyatt in the second over itself. India got the second success on the run out, which proved to be the biggest wicket of the match. English all-rounder Nate Sivar, who proved to be a disaster for India in the last few matches, was sent to the pavilion by wicketkeeper Richa Ghosh on a straight throw. Sivar could only score 1 run. However, after this Tammy Beaumont formed a good partnership with captain Heather Knight.

Together they shared a 75-run partnership for the third wicket and took the team past 100 runs. Beaumont completed his half-century during this period. In such a situation, the match seemed to be slipping from the hands of India.

Then the match got turned upside down in the 14th over. Deepti Sharma first dismissed Beaumont lbw. The English batsman scored 59 runs in 50 balls. Heather Knight was also run out on the very next ball. Knight scored 30 runs. From here the Indian spinners tightened their grip on the match and troubled the English batsmen for runs. The result was that the players were run out in an attempt to steal runs and the entire team could score only 140 runs in 20 overs for the loss of 8 wickets. For India, experienced spinner Poonam Yadav took 2 wickets for 17 runs in 4 overs.