IND-W vs ENG-W: An England player heavy on Team India, won the match and series by hitting the boundary 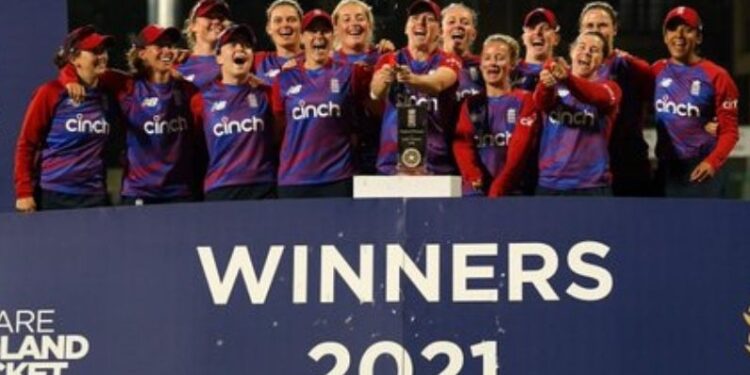 Like the rest of the matches of this tour, once again in the last match too, most of the Indian batsmen disappointed and the team failed to score big.

The end of the England Tour was disappointing for the Indian Women’s Cricket Team. After the defeat in the ODI series, Team India had to face defeat in the T20 series as well. In the third and deciding match of the series, England defeated India by 8 wickets to win the series 2-1. Only one batsman from England, thrashing the Indian bowlers fiercely, took the match in his possession without any trouble. Batting first, the Indian team scored 153 runs with the help of 70 runs from Smriti Mandhana, in response to which Danny Wyatt played a stormy innings of 89 runs and registered victory in the 19th over. Lee.

In this entire tour, the problem of Indian batting came to the fore. After Tests and ODIs, only 2 or 3 batsmen could score runs consistently in T20 and the team had to bear the brunt of it in the form of series loss. The situation again showed itself in the third T20, where apart from Mandhana and a few captains Harmanpreet Kaur and Richa Ghosh, none of the batsmen could contribute well. Rather, none other than him could reach double digits.

In this match held at Chelmsford County Ground, India won the toss and decided to bat first, but the team got a big blow on the fourth ball. In the first two matches, the competition between English pacers Katherine Brunt and Shefali Verma continued this time as well. However, this time Brunt got the hand and he bowled Shefali (0) in the first over itself. At the same time, Harleen Deol (6) once again disappointed in the batting and continued to move in the fourth over.

In such a situation, team captain Harmanpreet and vice-captain Smriti took over the innings. Along with playing carefully, both the players also hit some attractive strokes. Harmanpreet looked more aggressive and kept her shots openly. Both took the team past 80 runs. Harman, who was looking in good rhythm, could not convert her start into a big score once again and scored 36 runs (5 fours, 1 six) in 26 balls and fell victim to Nate Sivar.

At the same time, Smriti held one end and scored a fine half-century and then started increasing the pace of runs. By the time Smriti was at the crease, India were expected to reach a big total, but Brunt also took her wicket in the 17th over. Smriti played a fascinating innings of 70 runs (8 fours, 2 sixes) in 51 balls. In the last over, young wicketkeeper Richa Ghosh played a quick 20 runs in just 13 balls with the help of 4 fours, with the help of which the Indian team could score 153 runs. 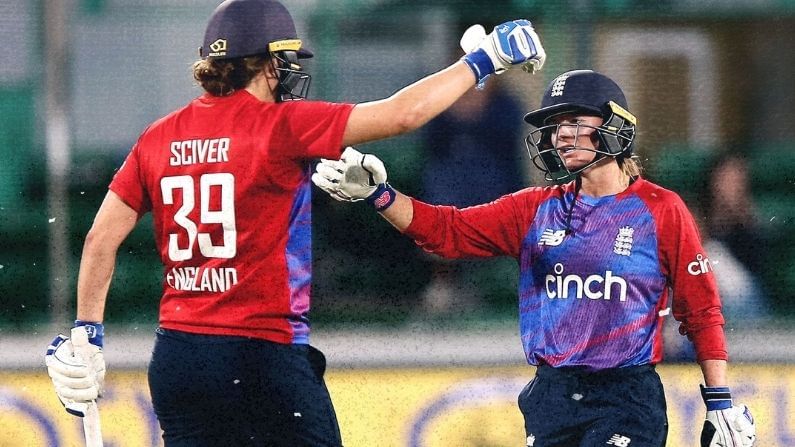 In reply, England’s start was also not good and in the fourth over itself, opener Tammy Beaumont (11) was run by spinner Deepti Sharma. But after this Danny Voyt started thrashing the Indian bowlers. Recently, Wyatt, who returned to the team for the T20 series, rained boundaries and made the Indian team yearn for wickets. All-rounder Nate Siever supported him well in this work. The Indian spin attack also looked completely ineffective and both these batsmen, while batting brilliantly, ensured an easy victory by crossing the score of 130 in 16 overs.

Sneh Rana gave India success by taking the wicket of Sivar (42) but by then it was too late. Sivar shared a 112-run partnership with Wyatt for the second wicket. After this, England did not lose any other wicket and in 18.4 overs, England achieved the target by losing just 2 wickets. Danny Wyatt remained unbeaten and player of the match by playing a brilliant innings of 89 runs (12 fours, 1 six) in just 56 balls.