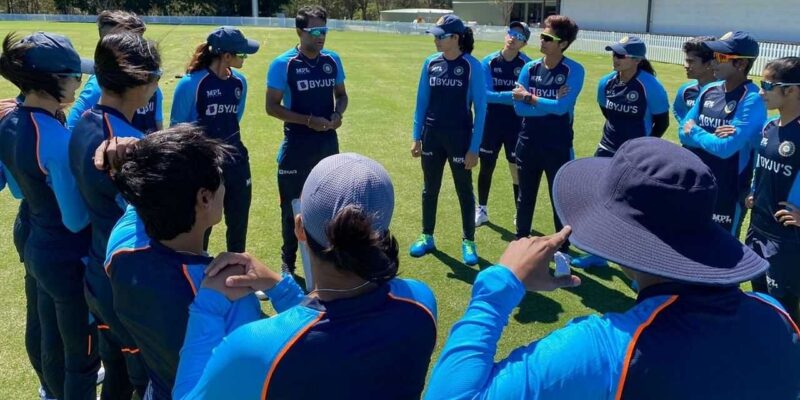 In the three-match ODI series, the Indian team had to face a crushing defeat by 9 wickets in the first match and the team’s star all-rounder could not play in that match too.

The Indian women’s team had to face a crushing defeat by 9 wickets in the first ODI match. (Photo: BCCI Women)

After a crushing defeat in the first ODI against Australia, the Indian women’s cricket team is eyeing a return to the series. In the first match of the three-match series, the Indian team had to face defeat by 9 wickets. Now in the second match, the team needs to win, but there is a big obstacle in its path and this obstacle is the fitness of the team’s star all-rounder Harmanpreet Kaur. Team’s experienced batsman Harmanpreet Kaur could not play in the first one-day match and now in the second one-day also the team will have to struggle to beat Australia without her. Before the second ODI match to be held on Friday 24 September, the team’s batting coach Shiv Sundar Das told that Harmanpreet Kaur will not be able to play in this match either.

32-year-old veteran player Harmanpreet suffered a thumb injury during the practice session before the start of the ODI series, due to which she could not play in the first match as well. She still hasn’t recovered from it. Describing Harmanpreet’s fitness in the press conference before the second match in McCoy, Das said, “I think she is not fully fit yet and I don’t think she is available for the second match either.” Team India will hope to get fit again till the third ODI.

It is not only the Indian team that is facing the problem of injury before the second ODI, but the host Australian team is also facing a similar problem. The fitness of the team’s opener Rachel Haynes also remains a matter of concern. Haynes, who played a fine half-century in the first ODI, was also injured during the practice session. According to the report of news agency PTI, Haynes suffered an elbow injury during the practice session, after which she was in a lot of pain and left the session.

The Australian camp has informed that Haynes’ elbow has been scanned. Although, like Harmanpreet, he has not yet been ruled out of the match and the Australian team is expected to play him, Haynes’ availability remains in doubt for the time being. Haynes had scored an unbeaten 93 in the first match as Australia registered a comfortable nine-wicket win. If Haynes is unable to play in the next match, Beth Mooney can open the innings with Alyssa Healy.

Also read: Australia-England messed up over Ashes series, Prime Ministers of both countries had to meet