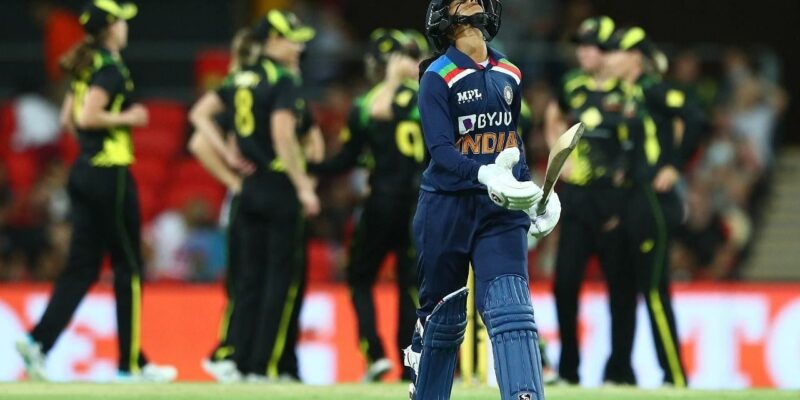 In the second match of the T20 series against Australia, the Indian women’s team lost by four wickets. The first match of the series was canceled due to rain. India’s batting in the second T20 match was very disappointing. Team India’s batting full of stars looked scattered in front of the Australian bowlers. After losing the toss, the Indian team, batting first, could score only 118 runs in 20 overs. Australia achieved this target with five balls remaining and won the match by four wickets.

The first match of the series was canceled due to rain. The first T20 may have been canceled but in this match, India showed good batting. However, in the second T20, no one could survive except Pooja Vastrakar and captain Harmanpreet Kaur, which the team had to pay by losing the match.

Australia achieved the target in the last over

Chasing the target of 119 runs, Australia did not have a good start. On the second ball of the innings, he lost the wicket of Alyssa Healy. After this, Meg Lanning (4) and Beth Mooney (34) tried to handle the innings. However, Gaikwad sent both of them to the pavilion. Ashley Gardner (1), Alyssa Perry (2) and Nicola Carey (7) also could not do anything special. However, Tahlia McGa ensured the team’s victory with an unbeaten 42 runs.

The Indian team managed to post a respectable score of 118 for nine with the help of an unbeaten 37 off 27 balls in the last over of Pooja Vastrakar. The Indian team’s score was 81 for nine after the 17th over and the visiting team scored 37 runs in the last three overs, in which Vastrakar, playing with Rajeshwari Gaikwad, scored all the runs while the other end player could not even open the account. Rather it was a very poor batting performance in which the pair of Smriti Mandhana and Shefali Verma got out on the fast deliveries of Tyla Vlemink (2 for 18). Then spinners Sophie Molineau (2/11 in 4 overs) and Ashley Gardner (1/12 in 4 overs) cracked down on the batsmen in the middle overs which included three wickets and not a single run in 27 balls. . Due to this the Indian batting order collapsed.

PL 2021: KL Rahul’s bat scored the most runs in the league round, these four players also hit the line of sixes and fours

Tension between Imran Khan and army, Pakistan PM not happy with the removal of Faiz Hameed, who was ‘friend’ with Taliban, as ISI chief