IND vs SL: This Sri Lankan cricketer had a problem with these players of Team India! Before the Colombo ODI, the talk of the heart came on the tongue 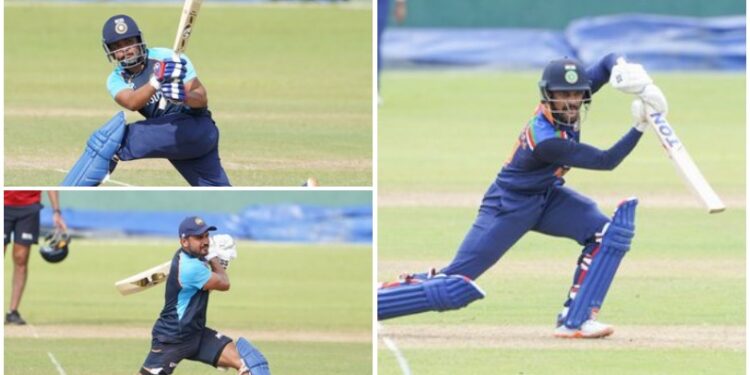 The first ODI of the 3 ODI series between India and Sri Lanka is starting from 18 July. But, before this match to be played in Colombo, a veteran Sri Lankan has given a big statement.

Under the command of Shikhar Dhawan, a team of Team India is on a tour of Sri Lanka, where only a few hours are left for the start of the ODI series. But, before the one-day ruckus broke out in Colombo, a Sri Lankan cricketer’s heart has come on his tongue. Whatever was going on inside him about Team India, he has now poured out. Actually, his problem is not with the whole team India. Rather, it is from that group of the Indian camp, which is called bench strength. And, the Sri Lankan cricketer who has a problem seeing India’s bench strength, he gets jealous is former Sri Lankan cricketer Russell Arnold.

Ahead of the Colombo ODI, former Sri Lankan cricketer Russell Arnold has said that he is jealous of India’s bench strength. He said, “It makes me jealous to see that India has such strong bench strength. This team has amazing quality. There is a perfect blend of passion and experience. The team is equipped with the experience of Dhawan, Pandya Brothers, Chahal and Kuldeep. Arnold said that it will be a great experience to see the young stars of India perform in the series.

The former Sri Lankan cricketer said, “The biggest question will be that without Rohit, how does this Indian team perform with its young players without Virat. Can this team win the series? Will be interesting to see. As I said I am jealous India is in a position to do so.

However, the team that Arnold is praising and the Indian bench strength. Seeing his ability, he is jealous, a few days ago Arjun Ranatunga, the former captain of Sri Lanka, had called him a second-class team. Well, whether this team is second-class or strong enough to destroy Sri Lanka’s challenge in their own home, it will start to be known with the start of the ODI series.

Also read: IND vs SL, 1st ODI: Dhawan and Shaw will open, will play 4 specialist bowlers, this will be India’s playing XI against Sri Lanka!