IND vs SL: The player who hit more sixes than Chris Gayle made his debut for Team India, got a special birthday gift 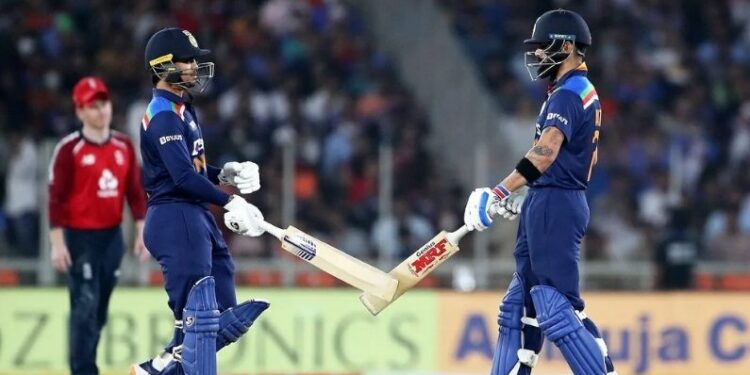 This swashbuckling batsman has been included in the playing XI of Indian captain Shikhar Dhawan in the first ODI against Sri Lanka.

The Indian team, captained by Shikhar Dhawan, is currently on a tour of Sri Lanka where they are playing their first ODI of the series on Sunday. A team adorned with the main players of India is currently in England where it has to play a five-match Test series, in such a situation, a team adorned with young players has been selected on the Sri Lanka tour. In such a situation, it was expected that some players would definitely get a chance to debut in Sri Lanka. That happened too. For the first ODI, Dhawan has given a chance to a player who has captained India in the Under-19 World Cup and has been consistently scoring runs with his bat in the IPL. We are talking about left-handed young batsman Ishan Kishan.

Ishan is counted among the emerging batsmen of India and he is also called the future of the country. Ishan played his first T20 International for India against England on March 14 this year and scored a fifty in his very first T20. Now he is getting a chance to debut in ODIs and one good thing for Ishan is that he is getting this opportunity on his birthday. Today i.e. July 18 is Ishaan’s birthday and on this special day, he is wearing Team India’s jersey for the first time in the ODI format. Ishan will try to make his mark in ODI debut in the same way as he did in T20 debut. Ishaan is the second Indian and 16th player to make his debut on his birthday. For India, Gursharan Singh made his debut in 1990 against Australia in Hamilton on the day of his birthday.

Ishan was constantly knocking on the door of Team India with his good performance and the reason for this is his performance in IPL. He made his IPL debut playing with Gujarat Lions and is now an important batsman for the current winners Mumbai Indians. He played his first IPL match in 2016 and has so far played a total of 56 matches in this league in which he has scored 1284 runs at an average of 27.31. During this he has scored seven half-centuries.

led the team to the final under the captaincy

Ishan had captained the Under-19 team in 2016 and took the team to the finals but he could not win the team in the final. However, he had proved from here that he has the ability to lead as well as the ability to become a big batsman. After this World Cup, he was successful in stepping into the IPL.

Interview: Every boxer in India has strength, will not fall less than anyone in Tokyo, High Performance director said – we are ready