IND vs SL: Team India was told weak due to 6 novices, Bhuvneshwar Kumar said – they are young but… 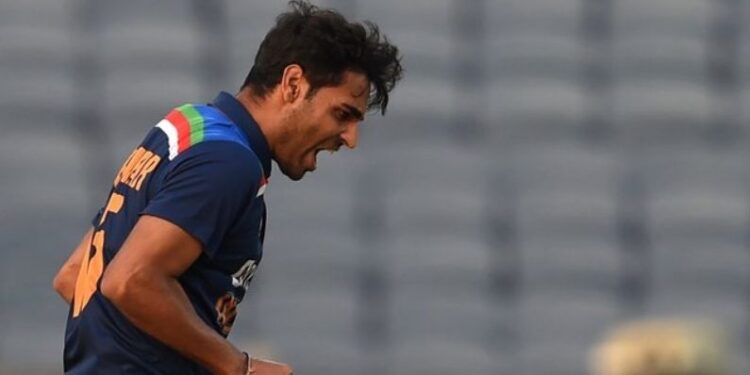 Bhuvneshwar Kumar has been troubled by injuries in recent times. Last year, during the IPL, his thigh muscle was strained. Due to this he had to leave the IPL midway.

Bhuvneshwar Kumar has been made the vice-captain of Team India for the tour of Sri Lanka.

There are six such players in the Indian team that went on the tour of Sri Lanka who had never been selected before. In such a situation, Team India is being considered inexperienced but vice-captain Bhuvneshwar Kumar does not believe so. He says that all the players in the team have the necessary experience due to the IPL. For the six-match ODI and T20I series against Sri Lanka, the Indian team will go without key players like Virat Kohli, Rohit Sharma, Jasprit Bumrah and Ravindra Jadeja. India’s main players are in England and will play a five-match Test series there. In such a situation, the Indian team has gone to Sri Lanka under the captaincy of Shikhar Dhawan. The players for this tour have been selected because of their recent performances in IPL and domestic cricket. Among the new faces are Devdutt Padikkal, Chetan Sakaria, Nitish Rana, Krishnappa Gautam, Rituraj Gaikwad and Varun Chakraborty.

Apart from Dhawan, there are also experienced stars like Bhuvi, Hardik Pandya, Yuzvendra Chahal, Kuldeep Yadav, Deepak Chahar in Team India. Before the series, Bhuvneshwar Kumar said, ‘We have good players and they have IPL experience. He is young but has IPL experience. He has been playing T20 for many years and has shown a good game for his respective teams. So the team will benefit. There is a good balance of youth and experience in the team so this tour will go well. Young players who are on tour for the first time, if they play well, it will boost their confidence.

Bhuvneshwar Kumar has been troubled by injuries in recent times. Last year, during the IPL, his thigh muscle was strained. Due to this, he had to leave the IPL midway and he could not even go on the tour of Australia. But he made a comeback from the series against England in March. Here his performance was better. After recovering from injury, he says that he got motivation due to domestic cricket. Bhuvi said, ‘When I recovered, domestic cricket was going on. So my effort was to come back and I started preparing for the match. Played in home series before England series. This gave the necessary match practice.

read this also: Was captain in January, has tremendous record against India, yet out of team before series, now giving duty in Sri Lankan army