IND vs SL: Team India called for the first time, these 5 stars of IPL will now shine in Sri Lanka 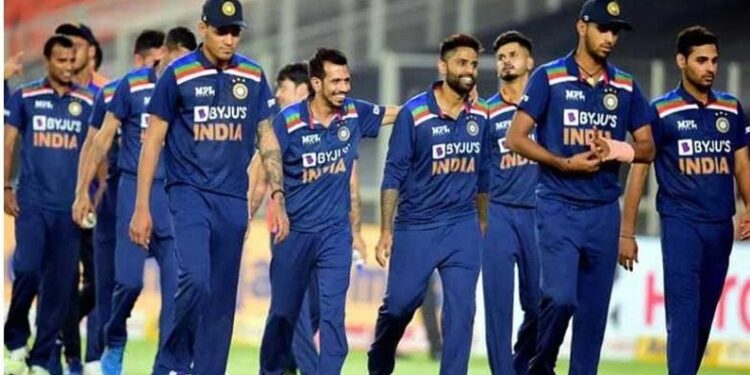 Team India does not have many senior players for the Sri Lanka tour and in such a situation, new faces have been given a chance, many of whom have come for the first time in the team.

The Indian cricket team has been announced for the tour of Sri Lanka. In this team going to Sri Lanka in the absence of many senior players including Team India captain Virat Kohli, many new players have got a chance again, while some brand new faces have joined the team for the first time. The command of the team has been given to veteran batsman Shikhar Dhawan. There are 5 players in the team, who will get a chance to be a part of the dressing room of the Indian team for the first time. The performance of these players in IPL has been excellent.

First of all, the talk of Nitish Rana. This left-handed batsman of Delhi had been knocking on the door of the team for a long time. After all he got this chance. Rana, who has been a regular performer for Kolkata Knight Riders in the IPL for the last few years, has played a total of 180 matches in his domestic ODI (List A) and T20 career, in which around 4800 runs have come off his bat. He is also a useful off-spinner.

Devdutt Padikkal of Karnataka, who scored runs in Vijay Hazare Trophy and Syed Mushtaq Ali Trophy for two consecutive years, made his debut in IPL 2020 and was the highest run-scorer for RCB. This time also he scored a century. Padikkal has scored 1387 runs in just 20 List A matches at an average of 86, with 6 centuries. At the same time, he has scored 1466 runs in 39 T20 matches at an average of 43 and strike rate of 146.

Ruturaj Gaikwad, 24, who played for Maharashtra in domestic cricket and MS Dhoni’s Chennai Super Kings in IPL, has also been drawing attention with his batting for some time. He has played some good innings for India A and is now set as an opener in CSK. Gaikwad has so far scored 2681 runs in 59 List A matches and 1337 runs in 46 T20Is.

Left-arm fast bowler Chetan Sakariya became the most special identity of the opening matches of IPL 2021. He made his debut in the same season while playing for Rajasthan Royals and impressed everyone with his excellent bowling. The performance of this Saurashtra bowler has been very good so far and has taken 35 wickets in 23 T20 matches.

Krishnappa Gautam got the most recognition this year in the IPL 2021 auction, when CSK bought him for a record amount of 9.25 crores. The Karnataka off-spin-all-rounder didn’t get many chances in the IPL but has been doing well in the domestic circuit. He has scored 558 runs in 47 List A matches with 70 wickets, while in 62 T20 matches with 41 wickets, 594 runs have come out with the bat.