IND vs SL: Team India became number 1 after defeating Sri Lanka! In this case, the wires related to Pakistan, Australia has also been equaled 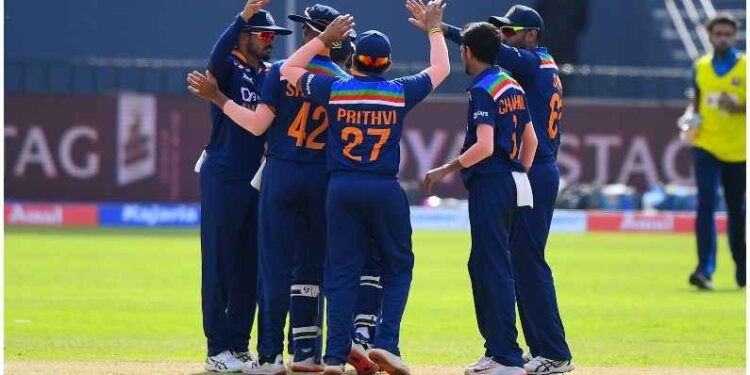 The first ODI played against Sri Lanka was the first match of Shikhar Dhawan’s captaincy career. Captaining for the first time in ODIs, he played an unbeaten innings of 86 runs.

They say don’t shoot multiple targets with one arrow. Shikhar Dhawan & Company has done exactly the same thing by defeating Sri Lanka in the first ODI. India won the first ODI from Sri Lanka by 7 wickets. With this victory 80 balls ago, she has now become number one. No, the ICC ranking is not being talked about here, but being number one here means the most wins against any one opponent. India has also tied its strings with Pakistan in this matter by defeating Sri Lanka and has also equaled Australia.

Now understand how this was possible. The first ODI played between India and Sri Lanka in Colombo was the 160th ODI between the two countries so far. And, the victory in this was the 92nd victory of the Indian team over Sri Lanka. This is the highest number of wins for him in ODIs against any one opponent. In this respect, India has equaled Pakistan and Australia.

Dhawan’s number after Sachin in this amazing

The first ODI played against Sri Lanka was the first match of Shikhar Dhawan’s captaincy career. While captaining for the first time in ODIs, he played an unbeaten innings of 86 runs, which is the second big score for India on ODI captaincy debut. Earlier in the year 1996, Sachin Tendulkar had scored 110 runs on his captaincy debut. The amazing thing is that Sachin also captained Colombo’s R. It was done at Premadasa Stadium itself.