IND vs SL: Sri Lanka in trouble even before the series against India, the mighty opener will be out of the first ODI! 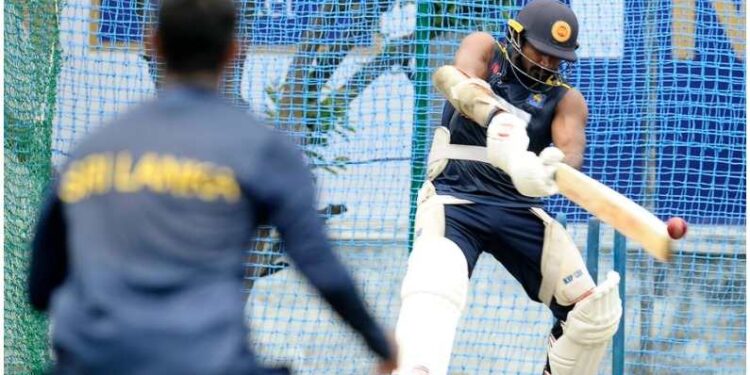 A 3-match ODI series is starting between India and Sri Lanka from July 18, all of which will be played in Colombo. After this series, T20 series of 3 matches will also be played.

Kusal Perera suffered a shoulder injury during the England tour.

Before the ODI series against India, the situation for the Sri Lanka Cricket team is deteriorating in some way or the other. The entire squad was quarantined after cases of coronavirus were reported in the team’s support staff. The corona report of all the other players came negative, which brought some relief to Sri Lanka Cricket (SLC). But now again a new tension has come and this concern is about the captain of the team, Kusal Perera, whose playing in the first match of the series is doubtful. The left-handed explosive opener has a shoulder injury, due to which he could not take part in the practice session with the team. Now in this situation it is feared that he will not be able to play in the first ODI match to be held on Sunday 18 July.

Sri Lankan news website newswire The SLC official said that the injured Kusal Perera was away from the team’s training session for two consecutive days and a decision on his playing would be taken on Thursday. “The medical staff had given him an injection, due to which he could not practice yesterday and today. We will have to take a decision tomorrow, but the situation is not looking good.” Perera suffered a shoulder injury during the ODI series on England tour, but still the Sri Lankan captain played all three matches of the series despite the pain.

Perera will be discharged from captaincy

Kusal Perera was made the captain of the Sri Lankan ODI and T20 team this year, but due to the poor performance of the team and the decline in the performance of Perera himself, there is a lot of speculation about his removal from this post. According to reports coming from Sri Lankan media, all-rounder Dasun Shanaka can be made the captain of the team in the series against India. According to the information, Perera is being officially informed about this and the new captain may be announced soon. The three-match ODI series between India and Sri Lanka will start from July 18, which will run till July 23. After this, only three-match T20 series will be played from July 25.

Also read: IND vs ENG: Team India will camp in Durham, there will be a practice match with this team, fans will also be able to watch Live