IND vs SL: Not Chahal, Team India veteran placed bets on this unknown player, said- Yuzvendra has nothing new 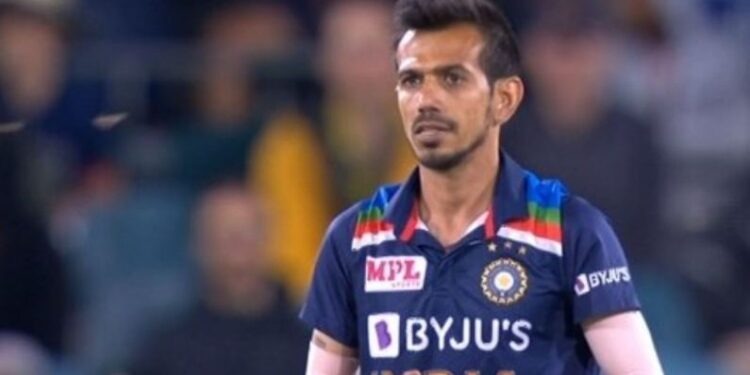 Former India leg-spinner Laxman Sivaramakrishnan feels Varun Chakravarthy should get a chance instead of Chahal during the series against Sri Lanka.

Yuzvendra Chahal has been out of form in recent times. Due to this, his place in the team is under threat.

Yuzvendra Chahal has been struggling with form for the last time. Due to this, his place in the Indian team is also facing a crisis. Yuzvendra Chahal would like to strengthen his claim through the Sri Lanka tour. But former India leg-spinner Laxman Shivaramakrishnan believes that Varun Chakravarthy should get a chance instead of Chahal during the series against Sri Lanka. This should be done to test the preparations before the T20 World Cup to be held a few months later. According to Sivaramakrishnan, Chahal is now tied up and has nothing new to do. In such a situation, the tour of Sri Lanka is an opportunity for Varun. However, he also asked Varun Chakraborty to improve his fitness and fielding.

In a press conference organized by Sony Network, Sivaramakrishnan said that Varun is likely to be in the Indian team of T20 World. In the recent past, everyone has seen that Chahal has not been successful. Kuldeep is also out of the team. He doesn’t even play for KKR anymore. Therefore, now there is a need to look at the unknown faces. “He (Varun) has an injury problem. He needs to focus on fitness and gain confidence from this tour. If he does this, then he will be such a player of the team on whom everyone’s eyes will be. Because change continues continuously. When someone stops, when a main bowler like Chahal stops, then one should look at other options.

Technically he needs to diversify his bowling. In international cricket, there is a lot of success in the first one or two years. But with the passage of time, batsmen read you. It has become even easier due to modern technology. He puts most of the ball on the line of the leg-stump and his ball does not spin much.

When asked whether players like Varun should be given relief in fitness tests like yo-yo test, Sivaramakrishnan said, “It completely depends on the team management. There cannot be different rules for different players. Every team wants good fielders, that is why yo-yo tests are done so that the players remain fast on the field. The same is true for a batsman who can convert one run into two. When you bat with Virat Kohli, you have to run fast. Same is the case with bowlers. Varun is good at batting. If he wants to play in the Indian team, he will have to work a lot on his fielding.

read this also: The player who scored more than 19 thousand runs became the coach of this Indian team, had left the chair 5 months ago