The recent performance of Sri Lanka cricket team has been very poor. 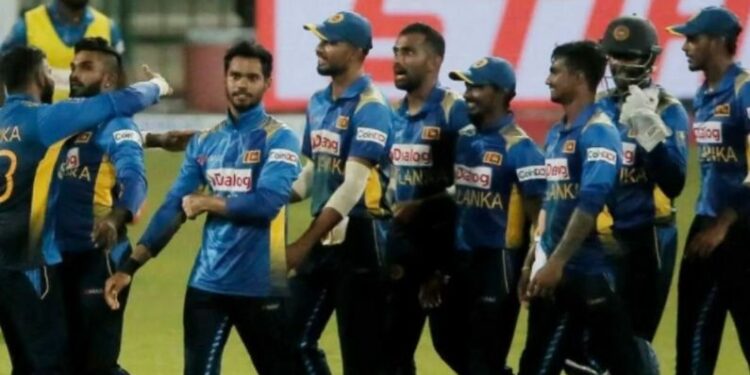 Sri Lanka had to face defeat by three wickets in the second ODI. India had lost 7 wickets for 193 runs while chasing the target, but despite this, Sri Lanka’s team lost.

Legendary spinner Muttiah Muralitharan believes that the Sri Lanka cricket team has forgotten to win. He also said that cricket is going through a difficult phase in his country right now. Sri Lanka had to face defeat by three wickets in the second ODI against India on 20 July. Batting first, under the captaincy of Dasun Shanka, the team scored 275 runs for nine wickets. In response, India achieved the target by losing seven wickets. India had lost seven wickets for 193 runs while chasing the target, but despite this Sri Lanka’s team could not register a victory. With this win, India won the ODI series. The last match of the series will be played on 23 July.

Talking to ESPNCricinfo about Sri Lanka’s game in the match, Muralitharan said, ‘I have said before that Sri Lanka does not know how to win. They have forgotten to win in the last few years. It is very difficult for them because they do not know how to win? I had said earlier that India would be in trouble if Sri Lanka took three wickets in the first 10-15 overs and it happened. With the big efforts of Deepak Chahar and Bhuvneshwar Kumar, he registered the victory. And they (Sri Lanka) made mistakes too. Instead of saving Wanindu Hasaranga, he should have bowled to him. Should have tried to take wickets by bowling to him. If he had taken the wicket of either Bhuvneshwar or Chahar, then only two tail batsmen were left, then it was difficult to score eight-nine runs in every over. They made mistakes but this is an inexperienced team.

Sri Lanka coach Mickey Arthur looked quite unhappy after Sri Lanka lost the match. His gestures in the dressing room were telling the whole story. Muralitharan said about Mickey Arthur that he should have kept calm and sent his message to the new captain. Should have tried to take wickets by bowling to the best bowler. Seven wickets had fallen and as soon as one wicket was received, the match would have come in the bag but it did not happen. Tough times are going on for Sri Lanka cricket right now.

read this also: Team India’s hopes in England were hit hard, partner’s shot gave pain, this fast bowler out of the tour!